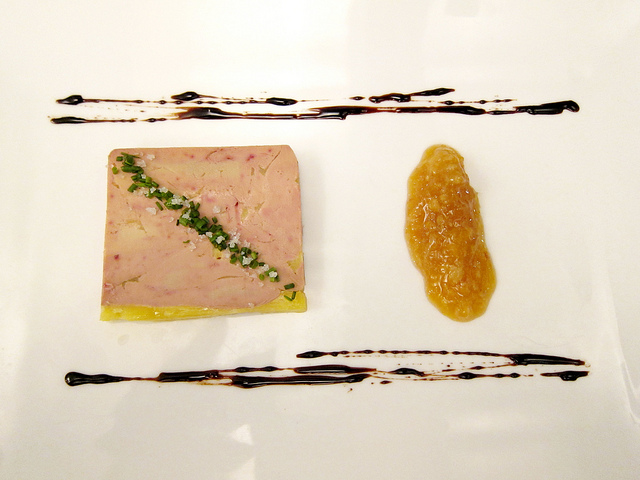 No other issue has incensed the California culinary world quite as much as the state's year-old ban on foie gras. Today, lovers of the outlawed delicacy suffered another critical blow.

A U.S. 9th Circuit Court of Appeals in Pasadena upheld California's ban on the French delicacy today in a unanimous decision. The three-judge panel affirmed a district judge's decision not to block the 2012 law, according to the LA Times.

The court rejected an appeal by out-of-state producers of the dish, as well as Hudson Valley Foie Gras, the nation's largest domestic producer. The foie gras producers contended that the ban interferes with interstate and foreign commerce and that it was unconstitutionally vague, possibly leading to a ban on similar dishes, according to City News Service.

Foie gras is created by force-feeding ducks or geese with corn via a system called gavage, which involves shoving a feeding tube down the bird's throat for 10 to 13 days. Many animal rights groups have protested the serving of foie gras on the grounds that it is unnecessarily cruel to the birds.

Meanwhile, many high-end restaurants in Southern California, including Melisse in Santa Monica and Broadway in Laguna Beach, have been openly defiant of the ban. To circumvent it, some restaurants have been giving away foie gras as gifts to accompany other menu items. Ever since the ban went into effect on July 1, 2012, animal rights activists from PETA have been regularly threatening the offending restaurants with lawsuits and protests.

Part of the law dictates that restaurants are to be fined up to $1000 a day if they are caught serving foie gras.

The law was originally created in 2004, but did not officially go into effect until 2012. State officials placed a hold on the ban to allow providers of foie gras to find a more humane way of creating the dish. When none was found, the law went into effect.