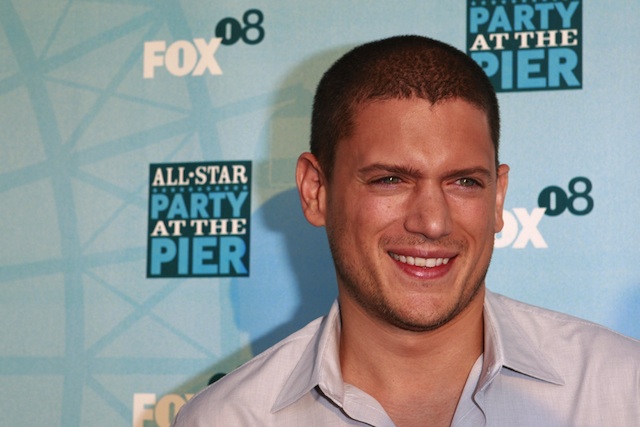 Wentworth Miller, star of the popular mid-aughts television drama "Prison Break," publicly came out as gay today in a letter to organizers of the St. Petersburg Film Festival in Russia.

The 41-year-old Miller, who also starred in the "Resident Evil" film series and made his screenwriting debut in the 2013 film "Stoker," stated that current policies against gay men and women in Russia led to his decision to decline an offer to be the guest of honor at the festival.

"I am deeply troubled by the current attitude toward the treatment of gay men and women by the Russian government," Miller states in his letter. "The situation is in no way acceptable, and I cannot in good conscience participate in a celebratory occasion hosted by a country where people like myself are being systematically denied their basic right to live and love openly."

Many gay rights activists, including those in Hollywood circles, have condemned recent legislation in Russia that has banned "homosexual propaganda" in the country, as well as an extremely negative attitude toward LGBT people by Russian citizens and politicians. Some activists, including members of the West Hollywood City Council, have boycotted Stolichnaya, a Russian vodka, in protest.

Here's a screengrab of the entire letter, courtesy of glaad.org: 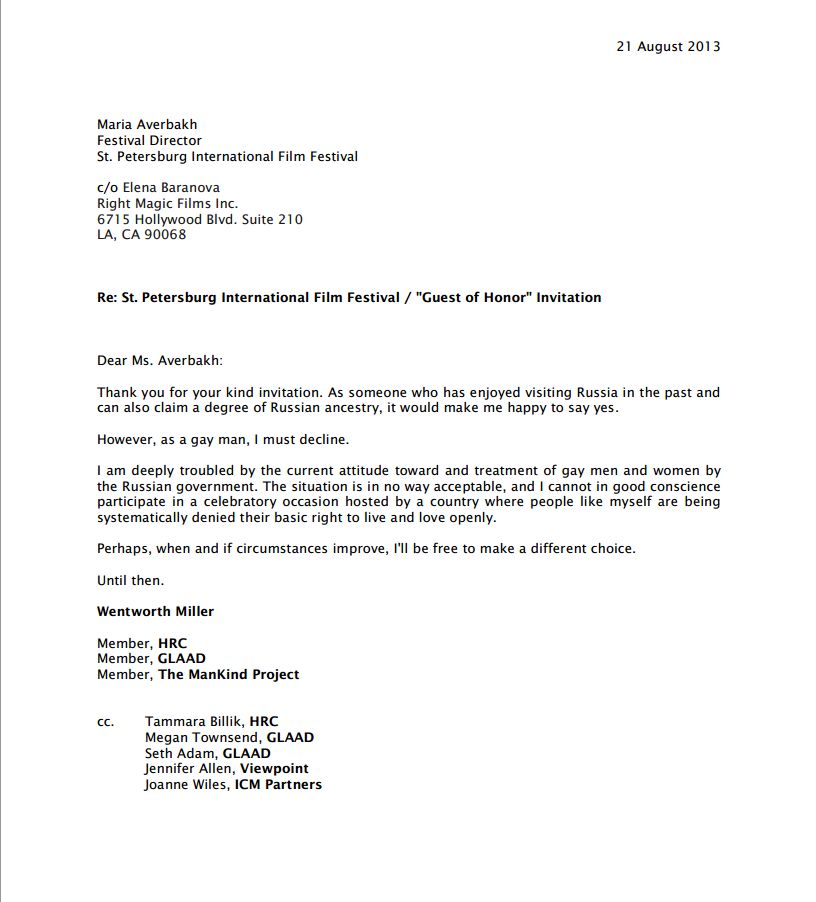