Pencil This In: Kilmer As Twain, Belgian Art Film, Taboo Tales, TOMS & A Look Inside Disney 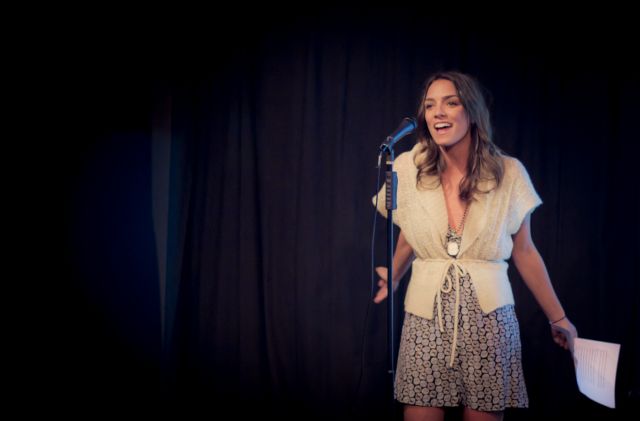 It's Wednesday, so celebrate the middle of the week with these five fine events happening across the L.A. area tonight. Watch Val Kilmer act with a capital A in "Citizen Twain," let out all of your deepest secrets during Taboo Tales, connect with a fledgling Belgian family during a screening of "Kid," get your craft on at the TOMS flagship store, and learn about the fascinating behind-the-scenes life of Walt Disney's right-hand man.

KILMER ME SOFTLY
Val Kilmer's one-man show "Citizen Twain," in which the actor embodies the role of famed American humorist Mark Twain, will be performing four encore shows at the Pasadena Playhouse starting tonight. Twain has garnered a considerable amount of press attention for this show, especially considering how completely he disappears into his role. Kilmer/Twain opines on topics such as racism, politics and love during his performance, and every show ends with an audience Q&A with Kilmer in character, if you want the bizarre experience of asking Mark Twain about current issues such as the NSA leaks or Anthony Weiner's sexting scandal (at least, this is what I would do). Tickets range from $40-$100 per person, and you can have a meet-and-greet with Kilmer after the show for an additional $25.

KID
Belgian director Fien Troch's award-winning film "Kid," about a struggling family and the implications it has on their youngest member, will be screened by the Consulate General of Belgium in Los Angeles at the Aero Theatre in Santa Monica tonight. The winner of the Grand Jury Prize at this year's Aubagne Film Festival in France, Kid focuses on Billy, the seven-year-old son of a recently single mother, and how he deals with his family's increasingly destitute situation. Belgian beer will be on tap following the film, which will certainly complete l'expérience de la Belgique. The screening starts at 7:30 p.m. and tickets cost $11.

TABOO TALES*
Public masturbation, revenge fantasies, and ultra-dirty kinks are only some of the topics covered during Taboo Tales, a regular feature at the Macha Theater that invites people to explore and talk about their deepest secrets in an intimate and supportive setting. The bimonthly show is hosted by Laurenne Sala, Cory Podell and Rahul Subramanian, and special guests include Marilyn Friedman, Katie Carlile Stanton, Courtney Pape, Carlos Kotkin, Sarah Gaboury, Debbie Jhoon and Michael Kass. Check out these samples of confessions from audience members to get a good feel of what the show is all about. Tickets cost $13 and the show starts at 8 p.m., but come by early around 7:15 to share some secrets and drinks. Check out our previous coverage of the show here.

TOMS TOMS TOMS
Socially-conscious slipper peddlers TOMS will be hosting a free arts and crafts event at their flagship store in Venice tonight from 7 p.m. to 8 p.m. The event will feature Creme de la Craft, who specialize in creating cute crafts out of everyday household items. The event is RSVP only, so reserve your spot today via email (AKEvents@toms.com).

MARTY SKLAR
Disney legend Marty Sklar, who has been working for the House of Mouse for over 50 years, will be on hand to talk about his new book, "Dream It! Do It!: My Half-Century Creating Disney's Magic Kingdoms" at Vroman's Bookstore in Pasadena tonight. Sklar was hired by Disney during his junior year at UCLA, eventually becoming Walt's speech writer and the Disney creator's right-hand man. The free event starts at 7:30 p.m. A copy of the book costs $24.99.

Have an event you'd like us to include in the future? Email us.