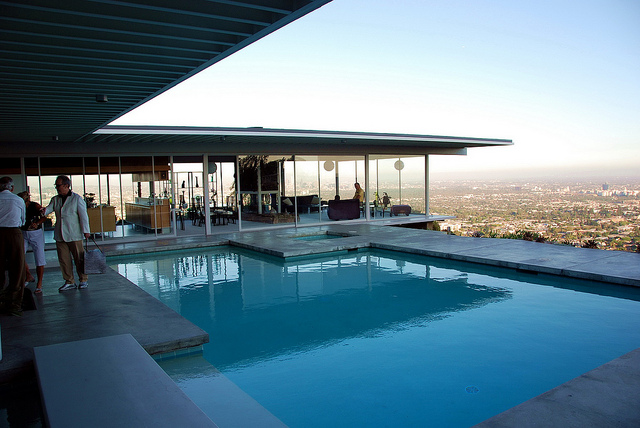 At long last the Los Angeles Conservancy's effort to get a set of homes in the region included on the National Register of Historic Places has paid off, with the announcement that 11 of the Case Study Homes are deemed historically significant.

Ten of the homes have been placed on the list, according to the Conservancy. The 11th home did not get put on the list despite eligibility because of "owner objection." All of them "will enjoy equal preservation protections under the California Environmental Quality Act (CEQA)," says the Conservancy.

The Case Study program grew out of a post-WWII discussion of the future of architecture as a new era of building dawned. The idea was to create affordable, well-designed Mid-Century Modern homes for American families (of course, putting many in fancy neighborhoods ensured the average Angeleno wasn't likely to ever call one home, alas).

Not all the planned homes were built, and the program didn't spring forth a gush of mass-produced affordable houses from the prototypes, but it did give architecture wonks and admirers much to love over the years. Most iconic is probably Case Study House #22, the Stahl house, designed by Pierre Koenig, which is oft-photographed.