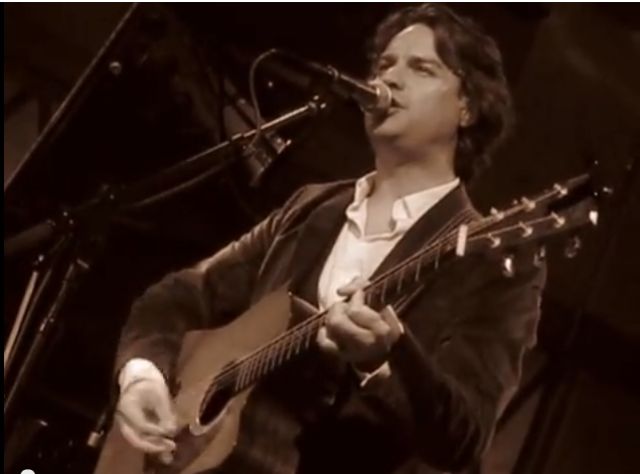 Happy Friday, Angelenos! Come celebrate the middle of the month with these exciting performances and galleries happening across town tonight. Groove to tunes by Jann Klose and Yellow Red Sparks, garner an appreciation of local punks at the UCLA Hammer Museum, and celebrate the miracle of fatherhood at NerdMelt with Dan Levy.

JANN KLOSE
German-Kenyan-South African singer-songwriter Jann Klose, who can be accurately described as the man chosen to carry on the legacy of great musicians like Tim Buckley and Paul McCartney, will be performing at the WitzEnd in Venice tonight. Klose's masterful music has won accolades from many different music columnists, including Time magazine's Joel Stein. Klose's all-ages show starts at 10 p.m. and is $10 at the door.

Here's a live performance of one of his much-lauded songs, "Make it Better":

GENERATIONALPICTOMUSICAPOLIS
UCLA's Hammer Museum is celebrating Los Angeles' burgeoning modern punk scene with this exciting collaboration of music and art making. The event will feature performances by L.A. mainstays such as No Age, Sun Foot, and Devin Gary & Ross. The event will also include limited-edition works from local artists like Johanna Jackson and Chris Johanson. The event is free and starts at 8 p.m.

BABY TALK*
Chelsea Lately panelist Dan Levy just became a dad. This is a huge deal, so Levy is going to prepare himself for it the best way he knows how: by hosting a talk at the NerdMelt tonight to gain insight on what it truly means to be a father. Levy will bring two of his comic friends, Ester Povitsky and Neal Brennan, to work on some new material, and at some point during the night Levy will sit down with a 5-year-old from the audience and interview him to see what he is actually facing. The show starts at 7 p.m. and tickets are $10 at the door.

YELLOW RED SPARKS
Indie folk trio Yellow Red Sparks, bringers of nostalgic, sepia-toned music in the vein of The Decemberists and Musee Mecanique, will be gracing the Bootleg Theater with their presence tonight, along with The Ultimate Bearhug. The Los Angeles-based band, comprised of singer/songwriter Joshua Hanson, upright bassist/vocalist Sara Lynn Nishikawa, and drummer Goldy, spins a web of lovely harmonies and deeply melancholy lyrics that will haunt you long after their set is finished. Tickets are $10 at the door, and the show starts at 9 p.m.

Here's their video for "A Play to End All Plays," which sounds like a song you should be humming to yourself while walking to your job at the Triangle Shirtwaist Factory:

Have an event you'd like us to include in the future? Email us.