Legislators Are Freaking Out About Oil Companies' Offshore Fracking: 'We Are In The Dark' 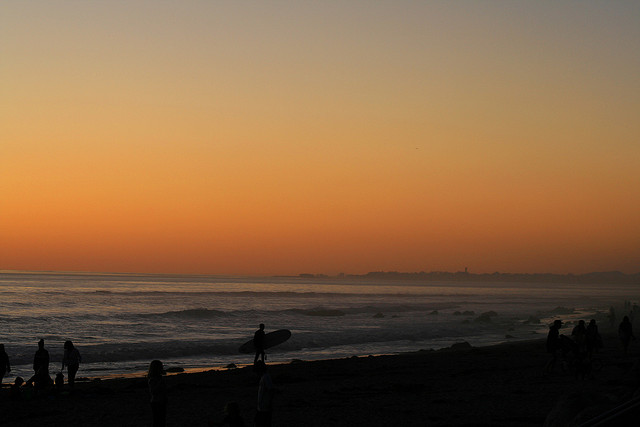 Oil companies have quietly brought the controversial practice of fracking to the coast of California, causing some state legislators to wig out. They're now asking for a federal probe of an issue that hasn't gotten the same amount of attention as the fracking that takes place on land.

The Associated Press reported that since the 1990s, regulators have approved 12 fracking projects off the California coast and they recently approved another one. Oil companies have their eyes on oil fields just off the coast of Santa Barbara. There's still drilling in those oil-rich fields, but there has been a moratorium on granting new leases ever since the destructive 1969 oil spill that dumped 3 million gallons of crude oil into the ocean.

Memories of that spill still haven't faded among residents, which might explain why the legislators that represent that area sound so distraught. State Sen. Hannah-Beth Jackson, D-Santa Barbara told the Associated Press, "We are in the dark. It is very distressing."

Offshore fracking is the practice of pumping salt water, sand and chemicals into the undersea shale, which extracts oil from existing wells. Oil companies say that the chemicals that they use for fracking don't affect water quality, and it seems the Environmental Protection Agency agrees. Oil companies don't have to file an environmental impact report to examine the effects of fracking fluids at all. But the Associated Press talked to marine scientists, petroleum engineers and some regulatory officials and discovered that there really aren't any studies on how fracking fluids affects the marine environment. The drilling fluids in traditional oil exploration can hurt the reproductive systems of marine creatures.

Legislators aren't the only ones in the dark. Apparently, even the California Coastal Commission had no idea that ocean fracking was happening until recently. The Interior Department is in charge of regulating in the federal waters where the fracking takes place, but the state coastal commission can intervene if the projects are in fact affecting water quality or marine mammals.

State legislators led by Assemblyman Das Williams, D-Santa Barbara sent a letter to the Interior Department and Environmental Protection Agency. They're asking federal agencies to investigate the practice that they said has caused them "extreme concern."

The practice of fracking on land has caused controversy, especially on the question of whether the practice is contaminating local drinking water.