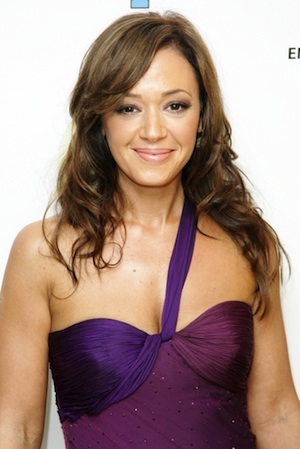 It sounds like the actress had a host of issues with the Church, but one of the most pressing was her concern about Scientology leader David Miscavige's wife Shelly Miscavige. Though the Church of Scientology has repeatedly insisted through lawyers and spokespeople that Shelly is perfectly safe and sound, there have been rumors swirling around her public absence.

Former Village Voice editor Tony Ortega, who has reported extensively on Scientology, says that Shelley has not been seen in public in six years. Shelly did not show up to the high-profile marriage of Tom Cruise and Katie Holmes in November 2006. Remini, who was in attendance, took note and dared to ask. Church spokesman Tommy Davis told Remini that she was out of line for asking the question: "You don’t have the fucking rank to ask about Shelly."

Remini tried to go through the Church's protocols to protest, but she didn't end up getting very far.

She's left the Church, but Remini is not letting the matter drop. She's filed a missing persons report with the LAPD, according to Ortega's blog Underground Bunker. The Hollywood Reporter confirmed that report with both Remini's camp and the LAPD.

Ortega reports that Shelly Miscavige has been transported to a compound near Lake Arrowhead with a group of other Scientologists who are cut off from the outside world. Remini is worried that Shelly is being "punished for her own shortcomings."

Miscavige's attorney have told Us Weekly that "any reports that she is missing are false. Mrs. Miscavige has been working nonstop in the Church, as she always has."

UPDATE 7:50 p.m.: LAPD said that they've "found" Shelly Miscavige and closed the missing persons case. LAPD tells TMZ that they had face-to-face meeting with her. There's no information beyond that—such as where she is or what she's up to. But LAPD said they consider the missing person allegation "unfounded."