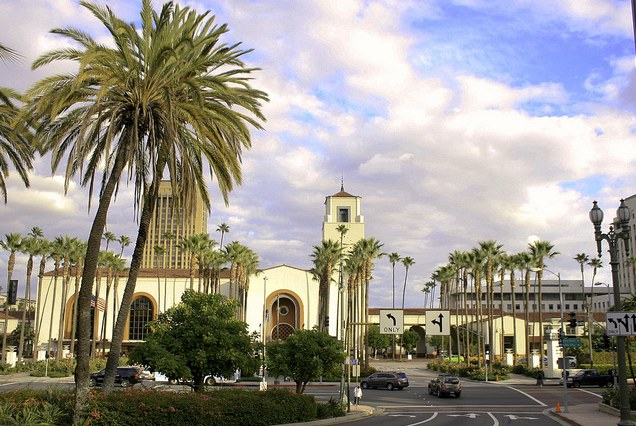 Remember when Metro revealed its visions for what Union Station would look like in 2050? Well, those futuristic developments are still pretty far off, but some significant developments and improvements are on their way.

Not only is there hope for a high speed rail line, but there's also talk of more food and beverage offerings coming down the tracks.

Metro is looking to open six new eateries on the Eastern portal of the station, currently where an alternate Red Line entrance and the Patsaouras Transit Plaza reside. It's all part of a plan to continue to reform Union Station as more of a destination for commuters and travelers, improving the overall experience and taking advantage of the architecturally significant building.

The Union Station's Harvey House is still for lease too, and would sure make a cool venue for an upscale eatery. And Traxx Bar could definitely use an update. There really isn't any good reason why this hub of transpo shouldn't harbor some good eats. Here's hoping.