Get Out: Sunset Strip Music Festival, Paul Schrader Retrospective & So Much Dan Harmon 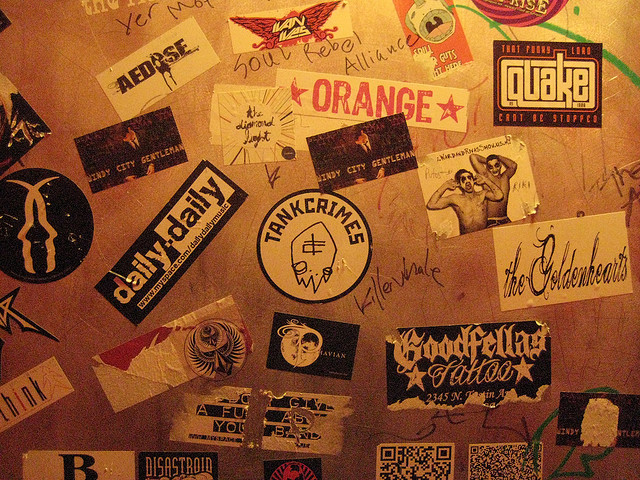 From a music festival to comedy to film screenings, we've got plenty of events for you to check out for this upcoming weekend.

MUSIC: This is the last day of the 6th annual Sunset Strip Music Festival. The line-up includes Linkin Park, Wale, Slick Rick and Awolnation. There will be stages outside, at The Roxy, Whisky A Go Go, The Viper Room and more. You can buy tickets here. See our interview with co-founder Nic Adler.

ELECTRONICA: Maybe the Sunset Strip isn't your thing? Head to the Bootleg Theater for some German electronica. This KCRW-sponsored event will also feature Rare Times, ghetto blaster$ and Channel One. To buy tickets or preview the music, check out KCRW's website.

NERD: Dan Harmon is going to really nerd out this weekend at Cinefamily's HarmonQuest. Tonight the Harmontown podcast creator will be going off-podcast while playing role-playing games and drinking on the Cinefamily stage. He'll be inviting along some comedian friends for the ride. Harmon's performance will kick off at 8:30 p.m. Afterward, you can watch "Mazes and Monsters" (1982) starring a 26-year-old Tom Hanks. For more information, visit Cinefamily's website.

COMEDY: There's plenty of Dan Harmon on tap this weekend. The comedian/screenwriter/renaissance man, creator of the beloved hit television show "Community," hangs out with fellow funny man Jeff B. Davis ("Whose Line is it Anyway?") at the Nerdmelt Theater for a live taping of their acclaimed podcast, Harmontown. Harmon (stylized as Mayor Harmon) and Davis (Comptroller David, mind you) riff and wax poetic about a number of different things with no real direction to speak of. Harmontown regularly welcomes special guests. Tickets are $10 and can be purchased here. The show starts at 8 p.m.

FILM: Director Paul Schrader (Taxi Driver, Raging Bull), a card-carrying member of the "Young Hollywood" stable of auteurs from the 1970s and 1980s, will be on hand at the Billy Wilder Theatre at UCLA to screen "Mishima: A Life in Four Chapters." The film is a biopic about the life of famed Japanese author Yukio Mishima. It starts at 7 p.m.

IDENTITY: Veteran film philosophers Kenneth Turan and Vincent Brook will be on hand for a discussion of Jewish cinema at The Autry Center in Griffith Park. The discussion will also include screenings of two Jewish-themed films from two different eras: Fred Zinneman's 1948 noir "Act of Violence" and the Coen brothers' modern masterpiece "A Serious Man." The event will run from 11:30 a.m. to 5:30 p.m. Tickets are included with museum admission.