Huzzah! You Can Park At Broken Meters Again! 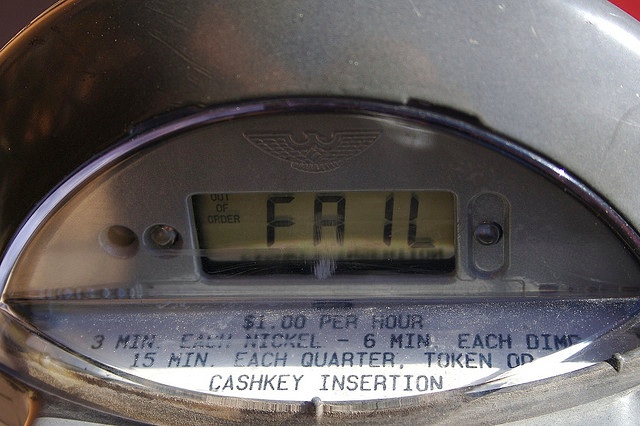 Hallelujah, you can park at broken meters, again, L.A.! The Los Angeles City Council voted today to stop the city's policy of ticketing vehicles if they park in front of a busted meter.

The council voted 13-0 to rescind the policy, which was put into place in 2010. They will revisit the decision in six months to ensure there is no increase in vandalism of meters by people hoping to avoid paying.

The policy will be lifted immediately, according to City News Service.

The motion's author, Councilman Mike Bonin, said rescinding the 3-year-old policy will "let people know that the city is on their side.''

However, the council wants to reserve the right to reinstate the policy should people end up abusing the broken meter. They voted to ask Governor Jerry Brown to veto a state bill that would restrict cities from adopting their own policies about ticketing. Some council members said they want to maintain "local control'' if people begin breaking parking meters again in order to park for free. The state bill was written by Assemblyman Mike Gatto.

The new parking meters that were installed since 2010, which take both coins and credit cards, not only do not break as easily and older models, but also automatically alert the city whenever it detects a malfunction.

Bonin said technology has made the policy "moot.'' People would have to "stand in broad daylight with a sledge hammer" if they want to break the new meters, he said. Hey, we wouldn't put it past people.

The city's parking meter technicians wanted the policy to stay in effect, arguing that people can still disable the more high-tech parking meters by putting paper clips into coin slots or wrapping meters in plastic bags to make them appear broken.