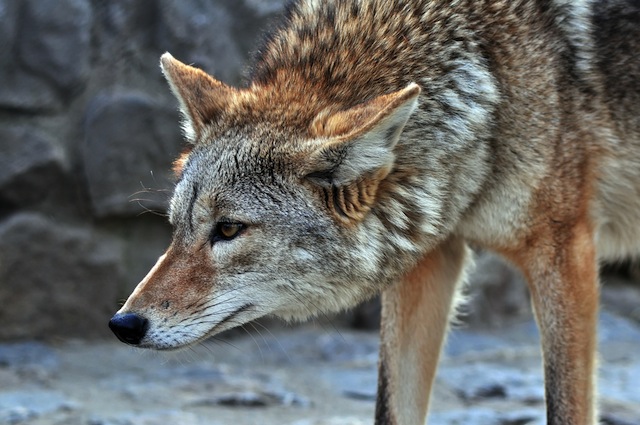 A 2-year-old girl is said to be recovering at home after being bitten and dragged by a coyote at a cemetery in Cypress.

The attack happened while the toddler was with her family at Forest Lawn Memorial Park at 4471 Lincoln Ave. on Thursday afternoon, the Orange County Register, via NBC News, reported.

The girl was playing 10 feet away from her mother when the coyote bit her and tried to drag her into the bushes, the newspaper reports. She was treated for rabies and a 2.5-inch gash on her leg.

Experts say this is the first reported coyote attack on a person in Orange County so far this year.

California Department of Fish and Wildlife employees shot and killed three coyotes at the park to address what they considered a threat to public safety, the Register reported.

The Department of Fish and Game has these "coyote country" warnings on its site:

UPDATE, 11:44 A.M. The L.A. Times reports that the girl is in "good spirits" and has started walking again on her wounded leg.

Mark Michilizzi, a warden with the California Fish and Wildlife Department, said that there have been a number of coyote sightings in the area. He called the incident "most definitely a public safety issue."

The mother, Michelle Luper, was at the cemetery to visit her grandmother's grave, according to the Orange County Register.

Forest Lawn Cemetery management has added coyote traps around the park in areas where they're not likely to snare any humans, said Ben Sussman, vice president of community relations and media management for the cemetery. Signs warning visitors to beware of coyotes have also been posted on the property.

"We deeply regret that it occurred and hope for a speedy recovery for the child," Sussman said.