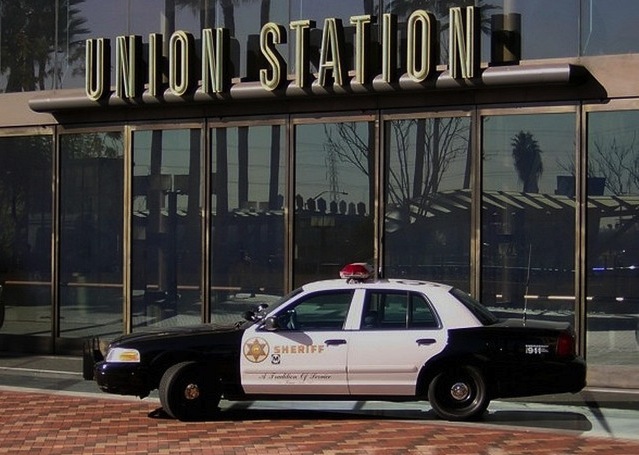 In preparation for the Fourth of July, police are stepping up security and increasing police presence, especially on public transportation. Over 1,300 law enforcement and homeland security personnel are scheduled to participate in a counter-terrorism drill today in downtown Los Angeles.

Fox News reports that Operation Independence is a "major, high-visibility drill." Officers from LA County Sheriff's Department, working with the Department of Homeland Security and TSA agents, are planning one its biggest drills and deployments of the year to coincide with the holiday.

Although there's been no credible threat for the Los Angeles area, officials are exercising caution after the Boston Marathon bombing, which occurred on Patriot's Day.

LA County Sheriff's Homeland Security Chief Ted Sexton told CBS News, "We learned lessons after Boston, we're also heightening a sense of awareness not only for all law enforcement officers, but for the public in general, that if they see something, say something."

He said to Fox News, "Folks who ride the transit system will see more than the usual amount of deputies. Just like we do for wildfires, we're exercising our response to an event that could take place in the future."

Hundreds of officers, some in riot gear, were already in place this morning at Union Station. There are also undercover agents working to spot suspicious backpacks and anything out of the ordinary.