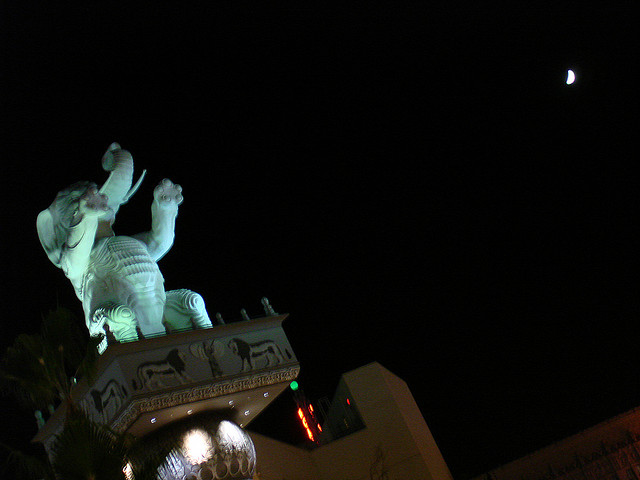 A woman was stabbed to death Tuesday night right in the heart of Hollywood.

It happened just after 8 pm at the intersection of Hollywood Boulevard and Highland Avenue, according to City News Service. The victim was identified as Monica Moore, 33, of Los Angeles, KTLA reported. (Eds. note: KTLA retracted their report naming the victim, and the Los Angeles Times named a different woman of a different age.)

Details about the stabbing are sketchy but police say that the woman was stabbed after she took a picture of at least two men and then refused to pay them. Police described the men as "transients." (Eds. note: We speculated earlier about why the victim was taking a photo of the suspects. See updates below.)

Two men were arrested, and police are searching for a third man.

UPDATE 5:25: We spoke to a man who identified himself as the woman's companion that evening: "Victim's Friend Describes Horrific Scene In Stabbing Attack At Hollywood And Highland"

UPDATE: 12:40 pm: The stabbing victim has been identified as Christina Calderon, 23, of Lynwood, according to the Los Angeles Times.

The transients were reportedly holding offensive signs with obscenities and begging for money. Calderon and her 34-year-old friend took pictures of them. The men demanded money and when the victim refused, the men attacked. Calderon was stabbed at least once, and was transported to Cedars-Sinai Medical Center. She died during surgery.

UPDATE 11:20 am: No word on whether the suspects were dressed up or why the victim might have been photographing them, but an LAPD spokesman told LAist a third man has been arrested in the case. The suspects were described only as men in their late 20s and early 30s.