The Best Weekend Escapes From L.A.

Just because you don't have the luxury of stockpiled vacation days doesn't mean you have to stay within the city limits. There are plenty of fabulous destinations within two hours of L.A. that are perfectly fit for a weekender. As much as we love the usual suspects like Santa Barbara, San Diego, and the Central Coast, there's just so much more to see in Southern California. So we figured we'd pluck a few that were a little more under the radar. And they can all be done with just a few days to spare. 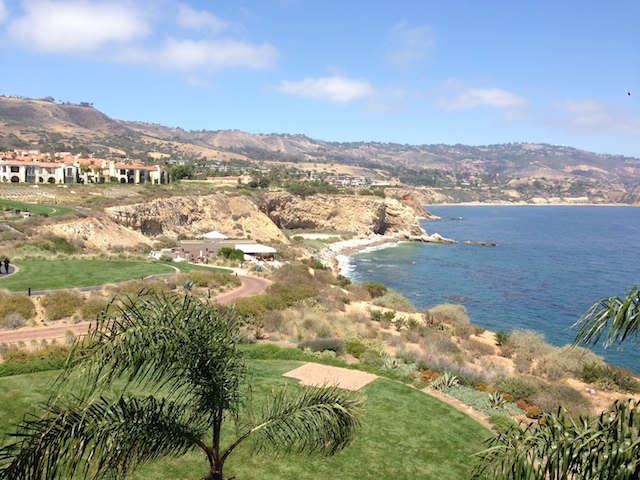 The quick 30-minute drive down to Manhattan Beach is well worth your while, especially now that the culinary scene in this seaside town is bustling. Check in at Shade Hotel, but don't get too cozy in their well-appointed rooms; there's just too much to see and do outside. Take a run along The Strand to work up an appetite, then hit up one of the new restaurants in the area. At Fishing with Dynamite you'll find some of the best seafood SoCal has to offer prepped by David LeFevre, a chef who's so skilled at preparing ocean fare you might as well call him the Poseidon of the kitchen. There are excellent craft cocktails over at the new Circa, as well as eclectic, globally-inspired fare by chef Octavio Becerra. Do some shopping in the boutiques in town, peruse the art galleries, or check out the wide collection of books at Pages. When it comes to happy hour, there's no better place than at The Strand House, where they've recently launched an oyster and champagne cart. Watching the sunset over the Pacific with a glass of bubbly and a few bivalves really is an affordable luxury that's worth the splurge. You'll feel like you've flown to the French Riviera, minus the jet lag.

Another underrated destination that's just a stone's throw away from L.A. is Rancho Palos Verdes. Terranea Resort lies on what used to be Marineland of the Pacific, the competitor to San Diego's Sea World. The ocean park was closed in 1987, and later the Lowe's hospitality company came in to build the sprawling resort. It's entirely too easy to spend the whole weekend by the adult pool, where you'll find sweeping views of the sea, a live DJ, and drinks-a-plenty, but make sure you get out to see some of the other sites in the area. There's Frank Lloyd Wright's Wayfarers Chapel, Point Vincente Lighthouse, and incredible hiking and tide pooling at Abalone Cove. On weekend nights, Nelson's restaurant hosts a traditional German beer garden with live music, brats and warm pretzels, which you can chow down on while chatting with other guests and locals around the massive fire pit. Before you head back to the city, be sure to stop by for brunch on the outdoor patio at Terranea's Mar'Sel, where you'll find the most magnificent cured seafood platter and bagels the city has to offer with views to match.

The small artists' community of Ojai is just one and a half hours away from Los Angeles, but it feels like it's a world apart. Things slow down in this little town, which is just 13 miles inland from Ventura, but that's not to say that it's sleepy. During the summer, days are long and the weather is significantly sunnier than by the beach, where things tend to get socked in. There are plenty of festivals throughout the year to keep you entertained, like the Ojai Valley Music Festival, or the upcoming Lavender Festival at the end of June. But even when things aren't buzzing for a major fest, it's a great place to visit. Stay at the historic Ojai Valley Inn & Spa, which was built in 1924, and be mesmerized by the stunning Spanish architecture and oak-tree lined property. You can detox there with a morning yoga session, or get crafty at one of their in-house classes like custom perfume making or silk scarf painting. Again, you could easily spend your days at the resort, but make sure to get into downtown Ojai, where you'll find plenty to do. Go wine tasting at Casa Barranca, a local winery and wine bar where locals commiserate at the end of the day to discuss art and other goings-on. If margaritas are more your speed, sip on a margarita Agave Maria's made with Pixie oranges, a species of citrus only grown in Ojai. On a similar note, you can find sangria made with local citrus and small plates at Azu, a town favorite. Be sure to block out time to get a massage at The Oaks at Ojai, a healthy living retreat center and spa. Head out for a day of horseback riding with Bodee's Rancho Grande to get a view of the Valley, or head up to Meditation Mount, a sprawling spiritual center and gorgeous garden property where you can take in the views of what Ojai-ans call "The Pink Moment." The sky in Ojai turns a dizzying array of colors at sunset, and it's easy to see why so many end up staying in this special pocket of SoCal. 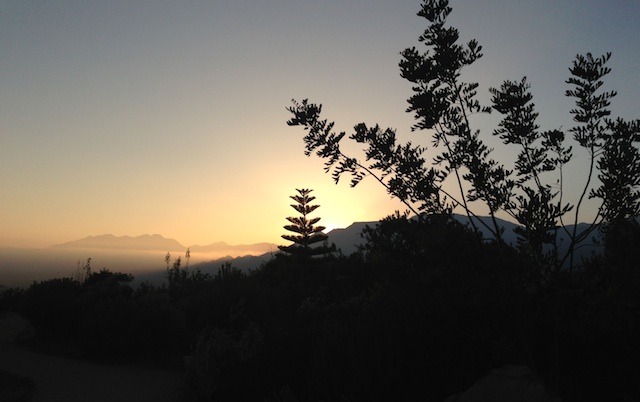 We've only been to this town in the fall, but have heard that the summer months are just as lovely. During the autumn, Julian is the ultimate place for apple-lovers. It's 50 miles northeast of San Diego, and is known for its countless orchards. There are plenty of u-picks and places to snap up an apple pie, but Julian Pie Company is unanimously voted the best in town. When it comes to the apples, hit up Calico Ranch Orchard; not only are they the largest, but they have over 100 different varietals of apples to choose from. There are plenty of places to camp or sleep on a budget, but we recommend the Orchard Hill Inn, a Craftsman-inspired lodge with amazing views of nature. Be sure to pick up a bottle of hard cider from Julian Brewing Company, which also sells a variety of ales and sours. For such a small town, there's a lot to cheers to.

Wake up to the sound of the waves crashing right outside your door at the Surf and Sand Resort, and your belief that Southern California is the best place to live will be completely restored, 405 construction be damned. Take a hardcore yoga class at Ritual Yoga, a studio that's also a gallery for local artists. Then hit up Active Culture for one of their macrobiotic breakfast bowls made with brown rice, cabbage, black beans, veggies, avocado, and special sauce. You can also do wine tasting at Laguna Wines, or even dive the native kelp forests with Beach Cities Scuba, where you'll see everything from bright orange giribaldi to giant spider crabs. For shopping, be sure to hit up Green Tree General Store, a hip little boutique that features a terrarium bar with all sorts of gorgeous succulents and amazing California leatherwork. If your soul needs some realignment, The Chakra Shack should get you back in order. Or just take a stand-up paddleboarding/yoga class at SUP CO. That should do the trick. 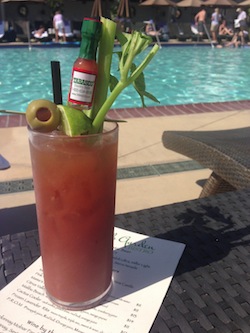 Just a 90-mile drive from Los Angeles, Temecula is in the heart of wine country that's not nearly as crowded or stuffy as Napa. There are over 35 wineries in the area, many of which have restaurants so you can pace yourself on the tastings. If you want the full immersion, stay at Ponte Family Estate, where rooms are situated amidst the vineyards. The property is home to Ponte Winery, which includes a gourmet marketplace selling all kinds of epicurean delights in case you'd like to pack up a picnic for the day. Head to neighboring wineries via a horse-drawn carriage with Temecula Carriage Co. and you've got everything you need for a wine weekend, whether it's with your girlfriends or S.O.

J-Tree is a haven for campers and climbers, but there's also a super whacky alternative community that lives out there. Get trailer park glam at Hicksville Trailer Palace, where you stay in a park that's got customized spaces for every taste. Thankfully there's a pool too, so you can keep cool after all the outdoorsy activities. After you take a dip, go out for 'que and cocktails in Mason jars at Pappy and Harriet's in Pioneer Town, where you'll see all sorts of great live acts. Heck, if you go during the day you can even have a little photo shoot in the ghost town right outside. Then hit up the Integratron, where you can take a 60-minute sound bath in the deeply resonant, multi-wave sound chamber. You'll come back either feeling cleansed or totally creeped out, but at least it'll be an experience. And if you're really into getting to know the eccentric community, be sure to go out on a weekend where the Southern California Desert Astronomers are having a star viewing party. A handful of enthusiasts bring out observatory-grade telescopes for celestial star sightings, a welcome break from the faint kind you're used to in L.A.