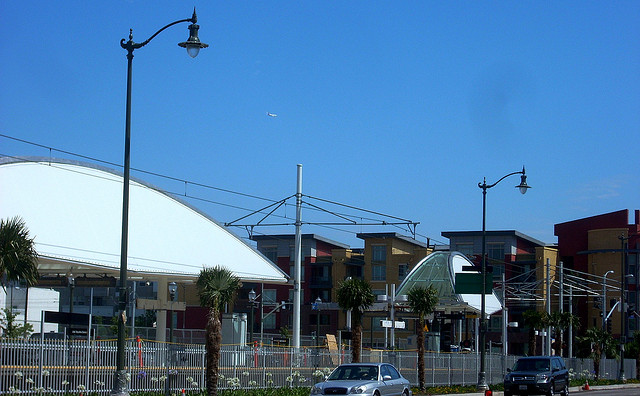 The defense attorney for a woman who shoved an elderly woman to her death on the Gold Line tracks nearly three years ago says that her client is a schizophrenic woman who had just been released from a hospital three days earlier and had not been taking her medicine.

Jackkqueline Pogue is now on trial a second time for the murder of 84-year-old Betty Sugiyama in 2010. Sugiyama had been chatting with her sister on the platform at the Little Tokyo Station when Pogue shoved her onto the tracks below. She suffered from head injuries she never recovered from. The first jury deadlocked on the issue of whether Pogue acted deliberately and was aware of the consequences of her actions.

Her defense attorney Laurice Cheung told this jury that they should find her not guilty by reason of insanity, according to the Associated Press.

Pogue had previously been arrested for creating a disturbance at a Social Security office, and then she was hospitalized and released three days before the incident in November 2010. She had not been taking her medicine the day she pushed Sugiyama.

However, Deputy District Attorney Louis Avila says she should be found guilty of murder because witnesses heard her say she meant to kill the woman, according to the AP. Sheriff's Deputy Virginia Salazar testified that she remembered Pogue yelling, "I killed her. I meant to kill her. I wanted to do that. Now take me back to CRC." (The CRC is a county home for the mentally ill.)