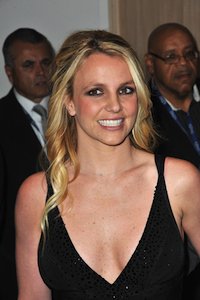 Britney Spears via Shutterstock
Amanda Bynes is in need of a friend right now, and it looks like she might have just made a new one: Britney Spears.

According to Celebrity Fix, Spears got in touch with her troubled pal last week, and talked to her about how much it helped Spears to have her dad basically take the reigns of her life when she was going through her own breakdown:

"Britney had a brief conversation with Amanda the week before her arrest and promised to personally help Amanda get her career back on track by helping her record music," says the source.

"Britney also opened up to Amanda about her painful breakdown and about how she was so against her dad taking out a conservatorship - but she told Amanda that it wound up being a life, career and fortune saver."

Bynes, of course, seems to be doing worse and worse. Over the weekend, she was arrested for allegedly throwing a bong out her window in New York. Before that, her tweets have been legendary, from asking Drake to murder her vagina to posting a video of herself getting ready to go out in which she does nothing.