No Cannes Do: Jerry Lewis Can't Name One Female Comedian He Likes 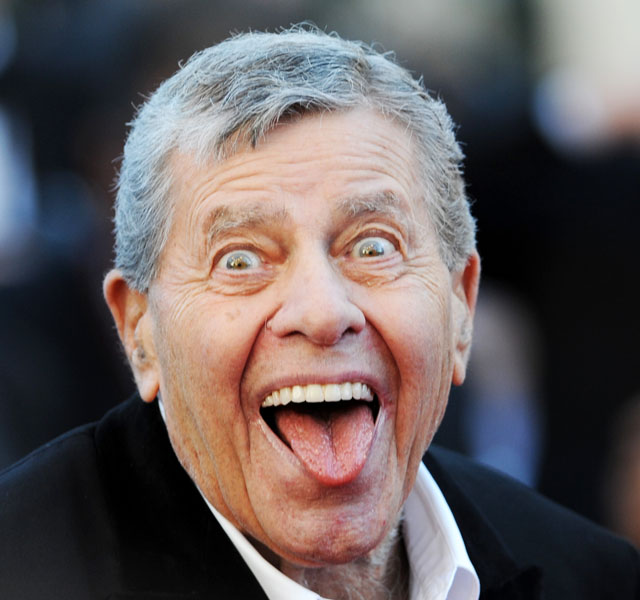 No one will ever accuse Jerry Lewis of being a feminist. The octogenarian is getting flak for his latest comments that women shouldn't attempt comedy.

In a press conference Thursday at the Cannes Film Festival, AP reports that Lewis couldn't name a single female comedian whose work he enjoys. When asked who his favorite female comics are, he joked, "Cary Grant and Burt Reynolds," then added, "I don't have any."

In 1998, he remarked that watching women do comedy "sets me back a bit." Asked if the advent of more female comedians like Melissa McCarthy and Sarah Silverman have broadened his perspective, the 87-year-old said he doesn't approve of women doing broad comedy. "I can't see women doing that. It bothers me. I cannot sit and watch a lady diminish her qualities to the lowest common denominator," he said. "I just can't do that."

Lewis was in Cannes for the premiere of Max Rose, a drama in which he plays an aging jazz musician.

Deadline.com's Nikki Finke also took heat for her recent comments that "pretty women can't be funny" with Hunger Games star Elizabeth Banks taking her to task with a slightly ageist dig: "Wouldn't it be great if older, more experienced women like Ms. Finke were kinder to her fellow females in the entertainment business? She might do more for our cause."

Jumping into the fray, Paul Feig, who directed the femme-centric Bridesmaids, who argues that it's really men who aren't funny.