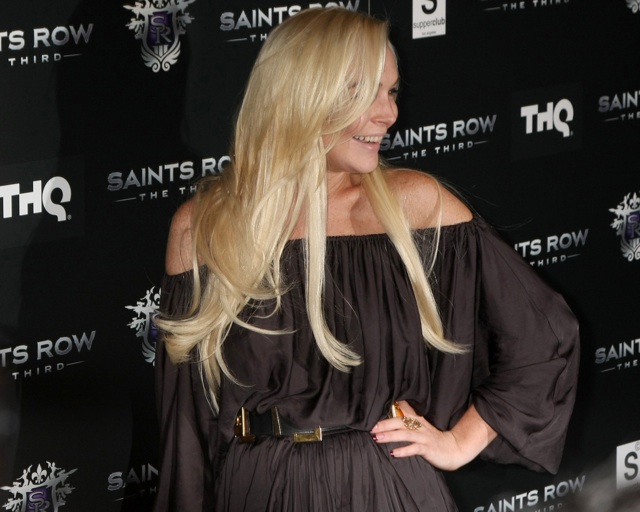 Going to rehab is a deeply personal experience that generally calls for quiet introspection and the sharing of intimate, vulnerable emotions.

And what better way to partake in that process, really, than to turn it into a blog on a celebrity gossip site? The New York Post reports that Celebuzz has been in talks with Lindsay Lohan — who was sentenced to rehab, community service, therapy and probation back in March — to start publishing her musings on getting sober after what's supposed to be a 90-day stint at the Seafield Center in Westhampton Beach.

At least one bold writer has come right out and said that this is a terrible, terrible idea, because why would you even think that documenting your most personal lifetime journey for all the world to read and judge would be something that would improve the quality of your life. Kelsea Stahler over at Hollywood.com preaches truth:

...writing knee-jerk, glorified feelings journals for the entire Internet to consume like a pack of ravenous, judgmental hyenas is not healthy for the hyenas or for Lohan. Rehab needs to be a place of zero judgement, a sequestered glen in which the patients can remove the stressors that drove them to their addiction in the first place. Keeping that channel of communication between herself and the fire-breathing dragon of celebrity gossip culture open is only going to hurt her chances at actually making the fourth rehab stint the charm.

Before we get too far ahead of ourselves, though, let's remember who we're dealing with. The troubled actress was supposed to meet with Celebuzz editors to talk about the collaboration, but Celebuzz consultant (and former Gawker editor) A.J. Daulerio told the Post that, “I’m still waiting for the official grooming session.”

Anyway, if she does blog, Lohan wouldn't be the only celebrity to do so at Celebuzz — Kim Kardashian (and a few other Kardashian sisters) currently drop knowledge there too. For instance, this gem.