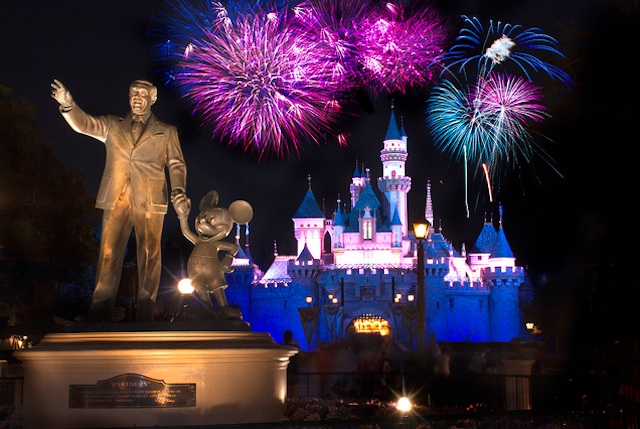 Photo by Lori_Bucci_Photography via the LAist Featured Photos pool on Flickr

Disneyholics will have a chance to pull an all-nighter with a party vibe at Disneyland and California Adventure at an upcoming 24-hour event at the theme parks.

It's called "Monstrous Summer," and will take place May 24-25, and include special perks to keep you perked up while you live it up non-stop at the Happiest Place on Earth.

Special entertainment will be on tap, according to Inside the Magic, who report that some of the bonus fun will include:

The goal of the event is to not only let people enjoy Disneyland in the wee hours (as perhaps they haven't since their "Grad Nite" adventures once upon a time) but also to launch the coming fun the summer months at the theme parks.

Disney is hoping their Anaheim events go off better than a similar event last year on February 29, when "One More Disney Day" found Disneyland guests either shut out or sleeping inside the park.