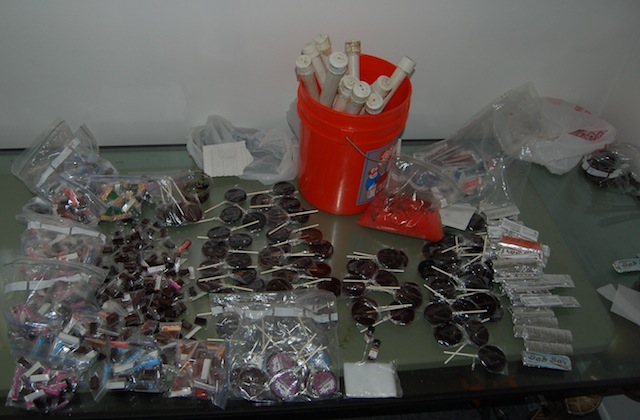 Sadly, we have to harsh a potential 4/20 mellow here with news of a major pot candy operation bust that went down Friday.

Detectives from the Altadena Station of the Los Angeles County Sheriff's Department, along with Narcotics Bureau Detectives executed a search warrant at a marijuana candy manufacturing and sales operation, and busted two unidentified alleged participants and seized a whole lot of pot-laden treats, according to the LASD.

The haul included a reported "several pounds" of marijuana, as well as "a large amount" of candy containing pot, specifically chocolate bars and lollipops.

Authorities say they were tipped off to the operation and their use of marijuana to enhance the goodies.

A photo of the seized pot candy was released in order to help parents get a visual of the drug-laced treats; the LASD says these candies "are typically targeted towards teens."