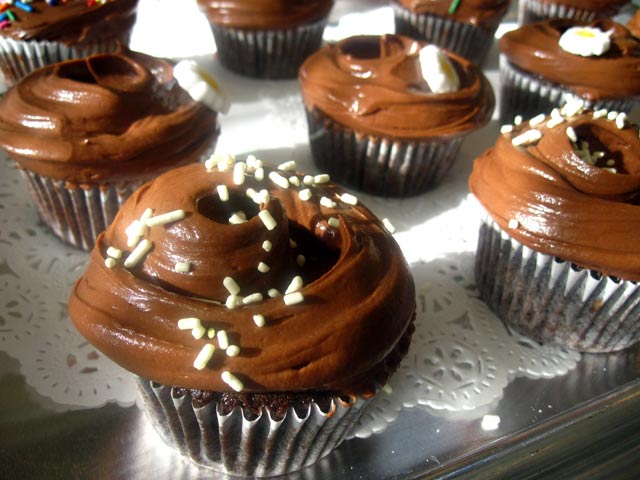 It's finally happening, folks. That tired old cupcake trend just might be crumbling. Well, if you look to Crumbs cupcakery as an example, it is. The chain, which was started by husband-and-wife team Jason and Mia Bauer on Manhattan's Upper West Side in 2003, has reported some serious losses as of late.

After trading at more than $13 a share in mid-2011, Crumbs has sunk to $1.70. It dropped 34% last Friday, in the wake of Crumbs saying that sales for the full year would be down by 22% from earlier projections, and the stock slipped further this week.

Crumbs in part blamed store closures from Hurricane Sandy, but others say the chain is suffering from a larger problem: gourmet-cupcake burnout.

Crumbs has 67 locations throughout the country now. They're competing with other ever-expanding empires too, like Sprinkles and Magnolia.

They had banked on quirky items like their giant cupcakes, like their $42 "colossal cupcake," which feeds between 6-8 sweets-lovers to carry them through. But they weren't the only ones with marketing ideas. L.A.-based Sprinkles, for example, launched a successful cupcake ATM and an ice cream shop that uses their cupcake tops as a garnish. Sprinkles, however, has expanded a bit more slowly, and perhaps sustainably.

Perhaps they should just give up now and get into the quick-serve custom pizza business. That sure seems to be a hot little money-maker these days.