NSFW: The Fat Jew Had Coachella's Most Insane Belly Drawing 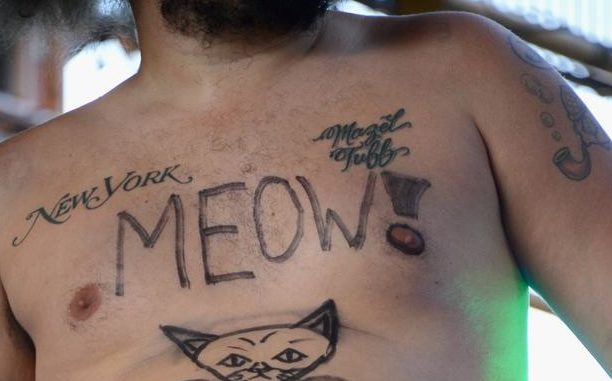 If you're going to perform at Coachella, why not draw a graphic photograph of a woman with a cat's head on your tummy? That's what The Fat Jew did!

The Fat Jew, aka Fabrizio Goldstein, is a TV personality and rapper (according to Wiki), and he was dubstep star Dillon Francis's "hype man." This is how the Inland Valley Daily Bulletin described him: "The hype man used a successful combination of cursing, fist pumping and a wild look featuring a cat and the word 'meow' painted on his obese, naked stomach while wearing what appeared to be boxers and white socks." You can see the full NSFW image here and below: 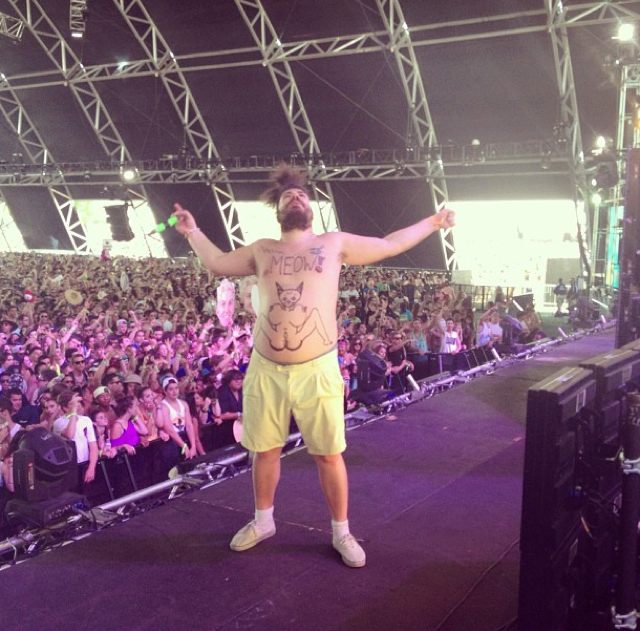 The Fat Jew wrote on Instagram, "IPerforming at Coachella with @dillonfrancis, 5,000 kids on ecstasy losing their stupid minds. What's on my chest? A woman with a cat head spread eagle, my bellybutton is the butthole." 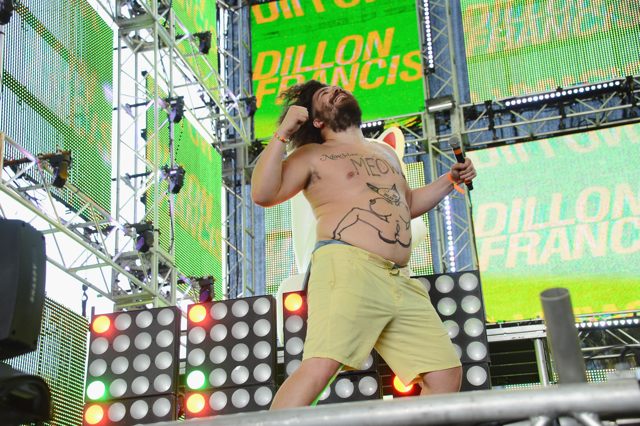 The Fat Jew actually had some great advice for the festival, like "Don’t Film Live Performances with Your iPhone (AND DEFINITELY NOT WITH YOUR IPAD)" and "If the Drugs Haven’t Started Working in 30 Minutes, Don’t Take More." Also: "Don’t Be That One Video That Goes Viral At Every Music Festival"

At every single music festival, one person becomes a viral sensation who brings shame upon themselves and their family. Whether it’s the naked dude with a micropenis getting tased or the girl on molly who passionately made out with a tree, just know that it’s going to happen to someone. Don’t let it be you.

A tattoo sleeve used to mean you were a biker who would kill, now it means you're a chef who makes a lovely pork belly with balsamic drizzle

Moral of the story: Don't judge The Fat Jew by the disturbing drawing on his belly.