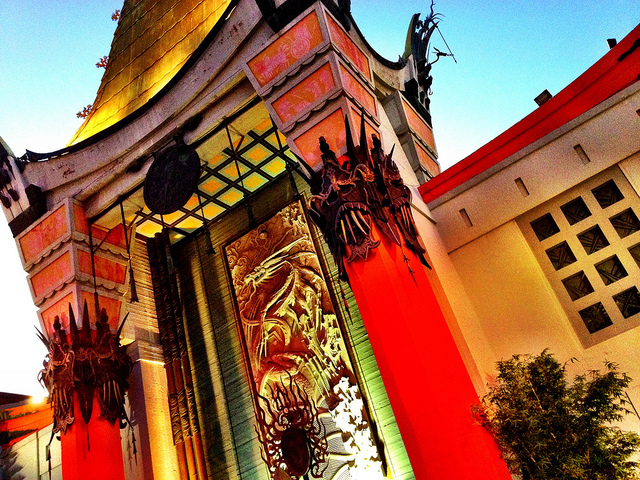 Photo by Hank Chinaski L.A. via the LAist Featured Photos pool on Flickr

The renovated space will have the most seating capacity of any IMAX venue, and the third-largest commercial screen in North America, according to a press release issued by IMAX.

This will be the first major makeover at the legendary movie destination in 85 years.

Of course, a project of this scope means things are going to have to take a pause at the famous movie house. "The theatre will close for principal construction on May 1 and is expected to re-open to the public in late summer," says IMAX.

Fear not: During construction the forecourt with its globally-recognized ground laden with famous hand and footprints will remain open as usual.

IMAX's CEO calls this new venture between the Chinese Theatre and IMAX "the perfect marriage of Hollywood history and cutting-edge entertainment technology" and says the new auditorium will "transform the moviegoing experience for guests of the TCL Chinese Theatre for years to come."