It's Official: In-N-Out's Double Double Is the Top Fast Food Burger in America 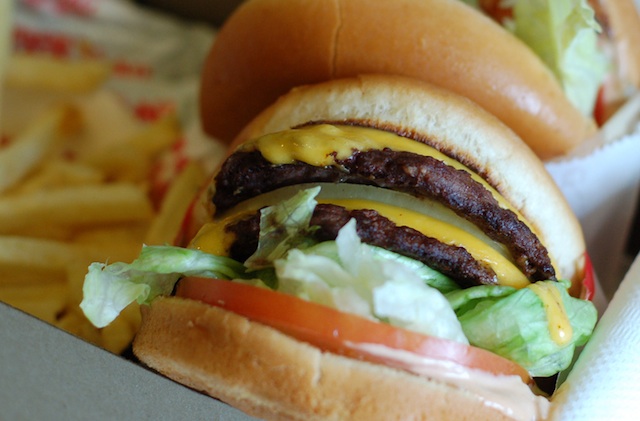 Photo by jslander via the LAist Featured Photos pool on Flickr

Winning: That's what a hamburger's all about, right? Specifically, In-N-Out's popular Double Double burger, which has just found itself on the top of the heap on a list of fast food burgers around the nation.

Taking the number one spot, the Double Double is the consumer favorite, according to a Ranker.com, a site that focuses on ranking things. (Why not?)

When asked to vote on a list of "the top fast food burgers," the aggregated opinions of more than 3,000 individuals voters produced this Top Five:

All told, the list ranks 50 fast food burgers from around the country. Though big chains like Burger King and McDonald's do make a showing, regional or local favorites are well-represented; SoCal can take pride that Bob's Big Boy cheeseburger comes in at #37 with the ol' Tommy's Chilliburger at #46.

Unfortunately, if you want to pair your winning burger with a shake, the results are skewing in favor of you making two stops. Ranking ahead of In-N-Out on a ranking of favorite fast food shakes are seven other picks, including Chick-fil-A, Dairy Queen, Sonic, McDonald's, and NY's Shake Shack.