Dorner Reward Donors Now Don't Want to Give Their Money 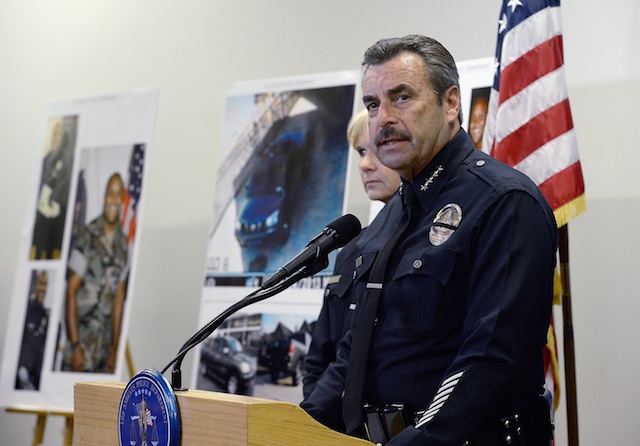 The $1 million reward offered for the capture of former Los Angeles Police Department officer-turned-killer Christopher Dorner was the result of numerous individuals and organizations donating funds to the cause, however now some of those people and groups are withdrawing their contributions.

There are two issues that seem to be prompting donors to reconsider, or rescind, their donations, according to the L.A. Times. First is the fact that the reward was put forth for information leading to the arrest and conviction of Dorner, however in the violent ultimate standoff at the cabin in Big Bear, Dorner committed suicide after a shootout with authorities.

However, for some unspecified donors, the issue is who is seeking the reward:

Underlying their objections is a moral argument that donors will not make publicly. Some find the claims for the money unseemly. They believe reward seekers had called police to report they were victims of crimes by Dorner and now seek to profit from their brief encounters, which left them unharmed, during a rampage that devastated the families of police officers and of others he killed.

So far, there have been two claims on the money. One from Rick Heltebrake, the camp ranger who was carjacked by Dorner, and the other by the couple who were tied up in their own cabin by Dorner before he took off in their vehicle.

A total of 25 donors put up money into the reward pool.

Ron Cottingham, president of the 64,000-member union Peace Officers Research Assn. of California—a group whose own pledge for the reward has been placed on hold—told the Times he's spoken to some groups, and they say the reward now does not "fit their criteria."

The LAPD says it would be "disingenuous" for the groups to pull back their money because of how the manhunt ended or who is seeking the reward, and believe the amount should be paid.

While there had been some contention about the intent and phrasing of what the reward money was to go to, "arrest and conviction," or "identification and capture," for example, Chief Charlie Beck ultimately assured the public the money was for the "capture and conviction" Dorner, a statement that is now being thrown back in the LAPD's face by donors backing out.

A spokesperson for L.A. Mayor Antonio Villaraigosa says that regardless of whether certain donors remove their contributions, the reward amount will remain fixed at $1 million.