Yamashiro Farmers' Market Returns, Ringing in the Arrival of Spring 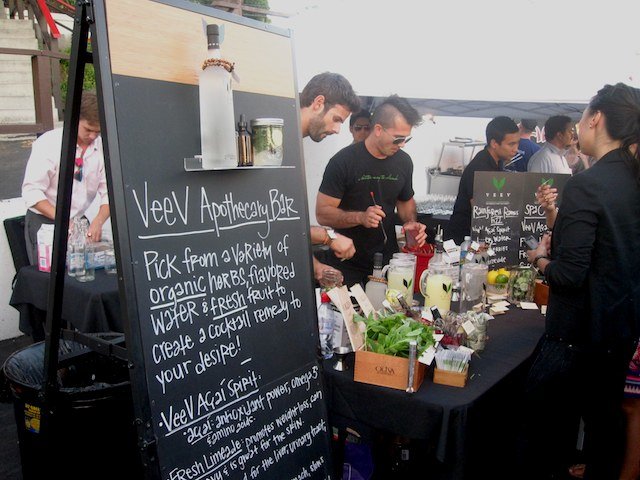 There are plenty of reasons to love L.A., especially when the sun is shining. But one of our absolute favorite bits about the arrival of springtime is the coming of all sorts of outdoor revelry, including the Yamashiro Farmers Market.

Starting on April 4, what's been deemed "one of the world's best night markets" will return to its perch atop the hills of Hollywood, offering all sorts of farmers' market produce, artisanal goods, and most importantly, cocktails.

In the years past, Yamashiro executive chef Brock Kleweno has done sliders and tacos, but this year he's debuting a revamped Middle Eastern/Mediterranean-meets-Asian menu, including pitas made with preserved lemon and honey chicken, braised lamb merguez with shiso tatziki; and ‘shwarma’-marinated beef with citrus tahini. There will also be smaller mezzes and sides such as edamame hummus, pomegranate quinoa tabbouleh, and fig and olive salad with walnuts and fried feta.

Produce will be hauled up from San Diego's Hillside Family Farms, who have been involved with the market since its inception in 2010. Also along for the ride this year are Heirloom LA, the Flat Iron food truck, Bolani East West Gourmet, Longshot Espresso, Hepp's artisanal salts and Dolce Manachelli's. There will also be cocktails available from the Pagoda bar.

The event is put together by LA City Farm and Yamashiro.

You can valet, of course, or park the bottom of the hill at the Mosaic Church for free, then come up on the complimentary shuttle service, which is available on a first come/first served basis. If the lot's full, nearby street and lot parking will be available.

Just remember to bring a sweater in the first few weeks, because as much as we'd love to pretend that summer is in full swing, we're not quite there yet. Nights on the hill can get chilly.

The Yamashiro Farmers Market will take place every Thursday from 5 p.m.-9 p.m. through September.