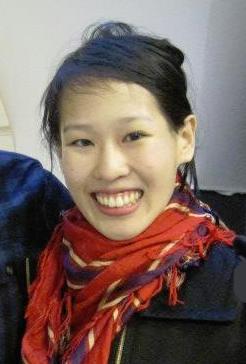 Elisa Lam (Photo courtesy LAPD)
The body of Canadian tourist Elisa Lam was recovered last week from a water tank atop a Downtown L.A. hotel, but up in the 21-year-old's hometown of Vancouver, the Los Angeles Police Department are having to deny rumors there that they have already ruled out foul play in the young woman's death.

On Monday this week, "various media in Vancouver reported that LAPD had announced Lam's death was not a murder," reports the Vancouver Sun. That's a story that isn't making headlines in L.A., however, because the LAPD says that's just not true.

LAPD public information officer Alex Martinez told the Sun "there's been no update," from detectives working the case, and that the cause of death has not been determined. Martinez adds: "It just takes a while for coroners to do their thing."

Martinez "refused to speculate," how the rumor the LAPD weren't looking at a murder case made it to Canadian media.

Many questions linger about how Lam, last seen in the hotel January 31, ended up inside one of four water tanks on the locked hotel roof.

"We want to know such things such as was she drunk, was she killed before she ended up in the tank, and how did she get in the tank," Winter said.

According to the Los Angeles Police Department, Lam's body was at the bottom of one of the cisterns that was three-quarters full of water. A maintenance worker made the gruesome discovery when numerous hotel guests complained about low water pressure.

The LAPD had noted Lam's sudden disappearance as "suspicious" from the outset. She had been in L.A. a few days when she was last seen at the Cecil Hotel where she had been saying. When she stopped communicating with her family back in Vancouver, they became concerned and alerted authorities.

Police recently released disturbing hotel surveillance video showing Lam inside an elevator at the Cecil, pressing all the buttons, hiding, and gesturing wildly—possibly in conversation with someone.

Lam did not ride the elevator, however—it went on to other floors empty. According to a timeline published by CTV News, that footage was taken February 1, the day Lam was to have checked out of the hotel.

Follow all of our coverage of the Elisa Lam case here.