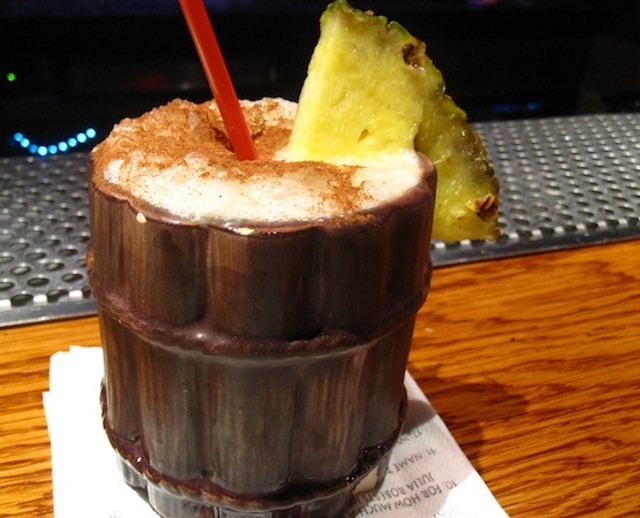 Another iconic L.A. establishment is joining the listHenry's Tacos and Junior's Deli old-school restaurants shuttering in 2013. Bahooka Tiki Bar, who was known for serving flaming drinks out of massive salad bowls, will be slinging its last Mai Tai on March 10.

The first Bahooka location of the tiki bar opened in West Covina, and the larger Rosemead location, which boats all sorts of era-specific oddiites like fish tanks, tikis, and models of tropical birds, was the real draw for enthusiasts. It served the many tiki devotees who followed the culture from it's Los Angeles beginnings with Ernest Raymond Beaumont Gantt, who is best known as Don the Beachcomber.

The idea behind the tiki rage was simple: to bring the vacation to you. But Bahooka's fans will now have to go elsewhere to find a fix.

LA Mag's Chris Nichols was one of the many fans of the bar. He spoke to co-owner Suzanne Scheider regarding the closing:

"They don’t want tiki around here, they want Asian ... The new owner just wants the building, the liquor license and the fish,” she said.

Schneider would not sell the Bahooka name as she plans to sell a line of salad dressing through Costco. A sick relative caused her to act quickly to dispose of the beloved restaurant.

We hope that other iconic tiki bars don't suffer the same fate. The world wouldn't be the same without Tiki Ti.