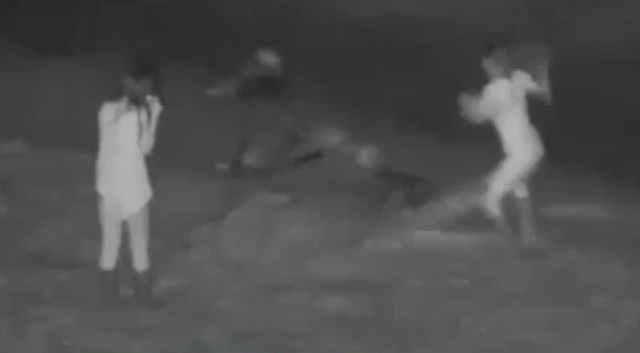 A pair of women were caught on camera harassing pregnant seals at a beach on San Diego.

The San Diego mayor recently installed a live webcam (visible on his webpage) that streams the activities of the seals and their pups at a local beach called Children's Pool Beach. Although the video footage is not stored, someone watching the video noticed the two women harassing the seals and recorded the stream:

The video shows the women sitting on the pregnant seals, pulling on their flippers and flashing lights at them (we're guessing with a camera) until all the seals were driven off the beach. In response, local police have stepped up patrols at the beach.

The waters are calm at the public beach that was originally set aside as a place for children to swim. But there has been a lot of controversy over how to deal with the seals that began showing up in the 1990s, according to The Union-Tribune:


A bitter fight between groups that want to protect the seals — by closing the beach during pupping season and erecting a rope year-round — and those who favor human access to the beach has grown more antagonistic each year. Years of lawsuits, confrontations and even state legislation have focused on the issue without resolve.

On most days, the opposing factions set up tables above the fingernail beach where they hand out fliers, sell merchandise and try to educate visitors about staying behind the rope or about why it’s OK to mix and mingle with the seals. Sometimes the two sides scream at one another, and on more than one occasion the police have been called to intervene.

Technically, it is legal to go on the beach, but the Marine Mammal Protection Act prohibits getting within 50 feet of the creatures. It's not clear if the women were affiliated in any way with the groups promoting more contact with the seals (or just being jerks).