Not Your Dad's Wheels: Bike Prom Will Celebrate the 80s 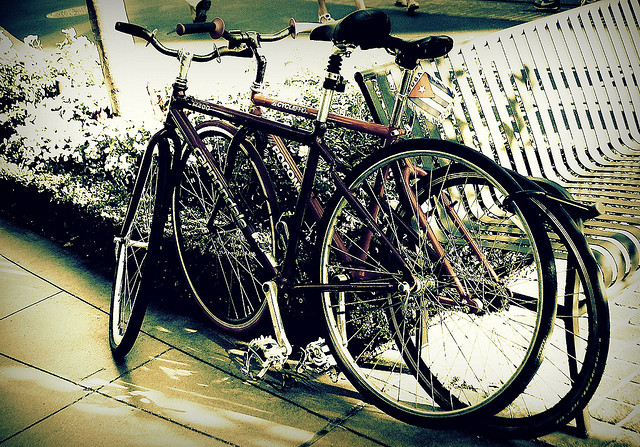 Photo by R. E. ~ via the LAist Featured Photos pool on Flickr

What has two wheels, pouffy sleeves and teased hair?

Why, it's someone on their way to LA County Bicycle Coalition's 80s-themed Bike Prom!

The event is scheduled to take place on Saturday, February 23 from 8:00 p.m. till 12 a.m., and according to the LACBC website, it's a time for you to make up for not going to prom in the 80s, learn about what an 80s prom was all about, or relive your glory days...all while celebrating the joy that is bike riding:

Did you skip your actual prom? Are you glad you did or wish you hadn't? Do you long for the Eighties? Or do you wonder what they were like AND what an '80s prom even means?

Well, now's your chance to do it up right... on your bicycle!

According to Colin Bogart, the education director at LACBC, the bike prom has been a long time coming.

"This is the first time we've done it, but it's something we've been talking about doing for a while," he said. "We're very excited."

Bogart added that the impetus for the event was to bring local cyclists together.

"The idea is to have an event that's fun for our members and to invite everybody in and to have something that's perhaps not just a bike ride," he said.

Attendees are encouraged to wear 80s attire, and we are encouraging photos to be taken of groups of people riding their bikes down the street in massive chiffon dresses and bad tuxedos.

LACBC is hoping that this will become an annual event.