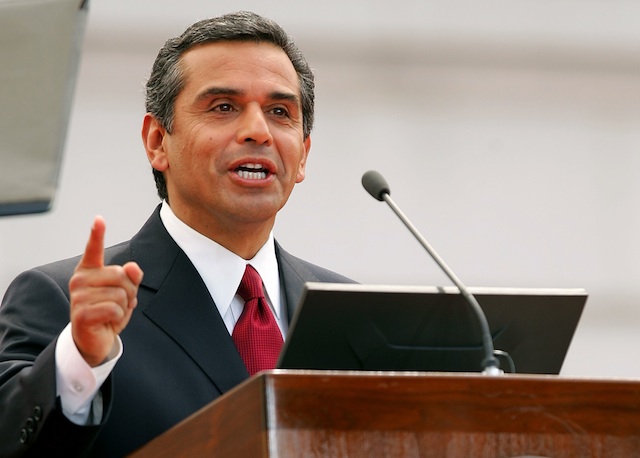 Los Angeles Mayor Antonio Villaraigosa is in Sacramento today to be part of the introduction of anti-gun violence legislation, but was contacted to give his thoughts on the manhunt for revenge-seeking former Los Angeles Police Department officer Christopher Jordan Dorner.

Villaraigosa said Dorner "is apparently a sick individual" who had no justification for violence, according to City News Service.

The mayor notes that there is no quibble with Dorner's former employer that could possibly justify the kind of action Dorner is alleged to have taken.

"There's no beef, there's no beef that someone can have to kill three innocent people in the way that he has,'' Villaraigosa said, referencing the fatal shootings earlier this week of Keith Lawrence and Monica Quan in Irvine, and today in Riverside of a patrol officer attacked ambush-style. "So whatever problem he has is mental," adds Villaraigosa. "God's speed to our police officers that we find this individual as quickly as possible."

L.A. Now reports that Villaraigosa has asked Angelenos "remain alert" as the manhunt continues. He also posted his statement to L.A. residents on Twitter:

My thoughts and prayers are with the families and loved ones of those so senselessly slain in this tragedy. (1/3)

The men & women of the #LAPD & other law enforcement agencies are working w/the utmost urgency to apprehend the killer. (2/3)

I ask Angelenos to remain alert and call 911 if they see anything suspicious. (3/3)