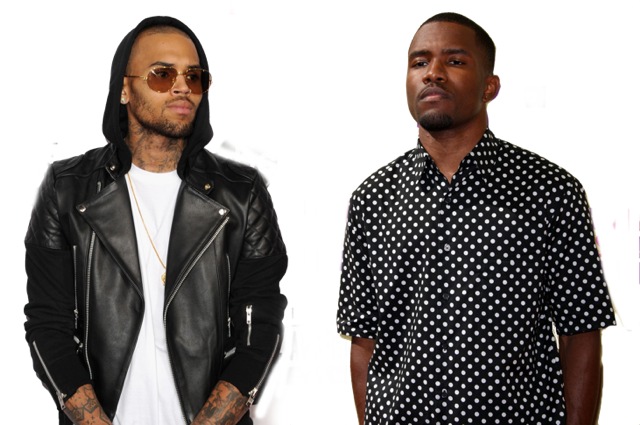 Singer Frank Ocean has opted to forgo pressing charges against Chris Brown and his friends following a brawl that took place recently outside a West Hollywood recording studio. In the official police report, however, Ocean suggested to authorities he was called by a gay slur during the melee, and that Brown threatened to shoot at Ocean.

In the report compiled by the Los Angeles County Sheriff's Department at the West Hollywood Station, Ocean would not speak with authorities until he was at the hospital for treatment for injuries sustained during the approximately two-minute physical fight that allegedly arose over a contested parking spot.

The deputy notes in his report Ocean was "desirous of prosecution," and that Brown had, indeed, been the aggressor.

Additionally of note, though, and not mentioned until now, is that Ocean told the responding authorities he thought either Brown or someone in his group called him a "faggot." Ocean also told deputies Brown threatened to shoot him, using the slang term "bust on you," meaning to shoot.

TMZ has published the report in full. Here's an excerpt focusing on this newly-revealed allegations:

None of the other witnesses, however, referenced the slur or the threat of shooting.

Since the fight, Brown attempted to steer himself towards the divine, then removed himself from Instagram, and now is facing scrutiny from the L.A. District Attorney's Office in their claim Brown has not provided credible proof he completed community service as ordered.

Ocean, for his part, is working on forgiveness.