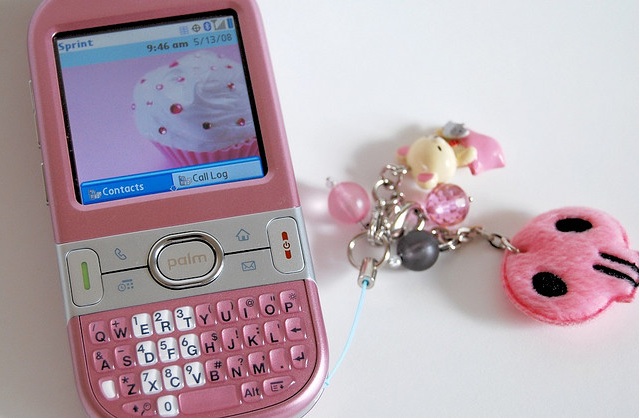 Photo by janineomg via LAist Featured Photos pool on Flickr

Sick of your dining buddy tapping away on their cell phone during dinner? You're not alone. Not only do your fellow diners feel that way, so do many L.A. restauranteurs. And they're not afraid to take control of the problem.

According to a 2010 Zagat Survey, 67% of Angelenos think that "texting, checking e-mail or talking on the phone is rude and inappropriate in a restaurant."

Business owners have had enough, and are trying to bring the dining experience back to the intimate social experience that it once was. Mark Gold over at Eva started an incentive initiative in August of last year, offering diners who leave their cell phones with the receptionist 5% off of their final check.

Others have taken more of a preventative approach, like Bill Miller of Malibu Kitchen, aka the "Deli Nazi." Miller has had a hard-and-fast rule at his upscale deli: If you're on your cellphone when you reach the head of the line, he won't serve you. The rule is indicated by a sign at the entrance. The ultra-exclusive SoHo House, which is only open to members, doesn't allow cell phones inside their establishment, either.

The L.A. Times talks about this trend in a recent story:

Hiko Sushi in West Los Angeles has a strict no-cellphone policy. Bandera in Brentwood declares on its menu: "No cellphones in the dining room." Joan's on Third, the gourmet marketplace, tells patrons: "Please finish your phone call before ordering."

And some customers have actually taken to policing themselves. In a game called Phone Stack, restaurant guests lay their phones upside down on the table, and you can't touch them during the meal. If picking up the phone proves irresistible for someone, he or she has to pay the check for the whole group.

To some it might seem like taking away the right to bear phones is an infringement on our freedom, but having sat through countless dinners with incessant Tweeters, we have to admit we're glad some owners are taking matters into their own hands.