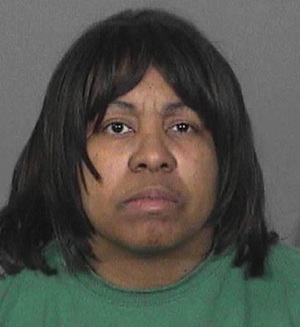 Photo courtesy LASD
A Palmdale woman is in custody and has been accused of torturing and abusing her two adopted children, who had tried to escape from their home.

The Los Angeles County Sheriff's Department reports that they located the two youngsters on January 15, 2013, after they were reported missing by their adoptive mother, who turned out to be their alleged abuser. When the kids were found, they did not have adequate clothing on to protect them against the weather, with temperatures in the mid 20s.

The two children revealed to deputies they "had run away from home because they were tired of being tied up and beaten by the suspect."

The suspect has been identified as Ingrid Brewer, 50, according to City News Service.

They detailed their abuse to authorities, alleging when their adoptive mother would go off to work each day she would "lock each of them inside their bedrooms, separate from each other." Deprived of access to the bathroom, the kids would use waste baskets instead.

Additionally, the children say Brewer "would zip-tie their hands behind their backs and beat them as punishment." The kids say they were often deprived of food, and had been beaten with things like electrical cords and a hammer.

Authorities say the children had injuries that were consistent with their claims of abuse, and marks on their wrists showed they had been recently restrained.

Brewer was arrested the following day, and on January 18, she was charged with eight felony counts, including Torture, Assault with a Deadly Weapon, and Cruelty to a Child.

The woman remains behind bars, and bail has been set at $2 million.