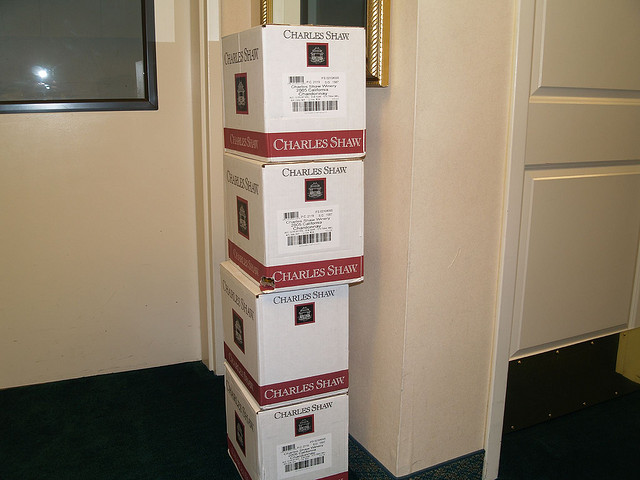 (Photo by bossco via the Creative Commons on Flickr)

Attention cheap wine fans: the price is going up on Trader Joe's famous "Two Buck Chuck" for the first time since it debuted over a decade ago.

Until now, Californians have only had to fork over $1.99 to pay for a bottle of the wine whose low price was made possible in part by a glut of California grapes. Trader Joe's told the Los Angeles Business Journal this week that the wine would now cost a whopping extra 50 cents, making it Two-And-Half Buck Chuck.

"We work hard to have every item in the store at an intersection of quality and price that highlights outstanding value. In general, our retail prices change only when our costs change," Trader Joe's spokeswoman Alison Mochizuki told the Business Journal.

The price of the wine has always been lowest in California. In some states, it was already known as Three or even Four Buck Chuck. The Monrovia-based grocer sells about 5 million cases of the Bronco Wine Co. wine a year, and it has sold more than 600 million bottles since it debuted 11 years ago.