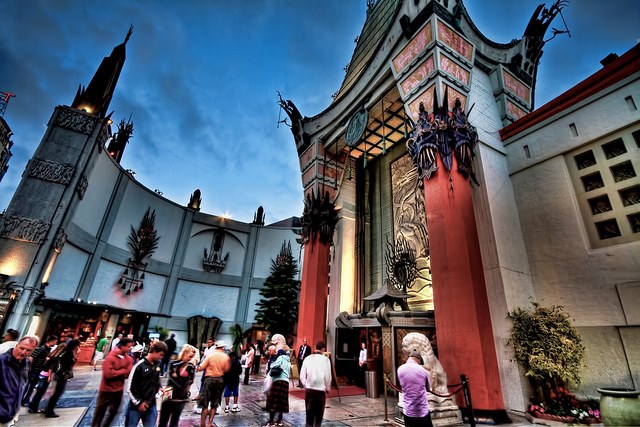 TCL paid $5 million for the rights to the theater known for its high-profile premieres and red carpet, according to the Los Angeles Times. Hao Yi, vice president of TCL Group, hinted at the cross-cultural connection between Hollywood and its biggest overseas market: "It can be a bridge to link the cultures of China and North America."

And in a way the theater is coming full circle. The Times notes that its construction was overseen by Chinese poet and film director Moon Quon. Temple bells, pagodas, stone Heaven Dogs and other artifacts were imported from China for its construction. Sid Grauman, as well as silent film stars Mary Pickford and Douglas Fairbanks, financed its construction.

Current owners Donald Kushner and Elie Samaha acquired the theater 18 months ago from Warner Bros. and Paramount Pictures' parent Viacom Inc. They said that selling off the naming rights will help them maintain and promote the theater. In a statement, they said, "This is a monumental day. The milestone relationship between TCL and the Chinese Theatre will allow us to do many of the upgrades and the preservation projects we earmarked."

TCL for its part is hoping to expand into the U.S. and market its flat screen TVs.