Grand Central Market Gets a Make-Over, Aims to be L.A.'s Ferry Building 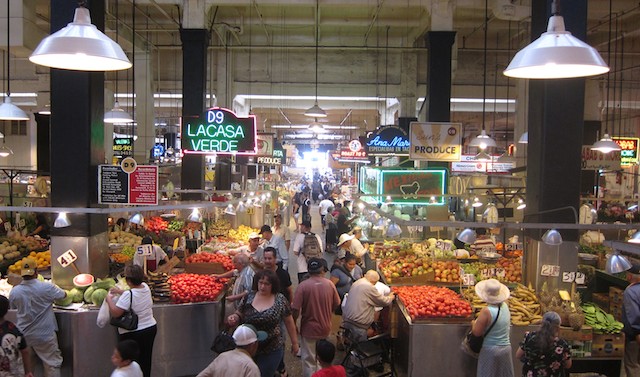 The times, they are a changin'. Downtown's Grand Central Market, which is nearly 100 years old, is about to go a major makeover courtesy of the folks who spruced up San Francisco's famous Ferry Building. The renovation will take place over several years, and it won't come cheap. Those in charge of the renos will start with a major detailing of the Broadway Street building, giving it a cleaning and a couple new coats of paint, which it admittedly needs.

After that comes the installation of several new purveyors, including artisan bread, coffee, cheese, sustainably raised meat and fish, and farmers market produce. There will also be free WiFi, a more laid-back "living room" type vibe, and extended business hours. (The market is currently open from 9 a.m.-6 p.m.) Those spearheading the project say that of 45 current and potential stalls in the market, about 30 are occupied and will remain with the same vendors.

Owner Adele Yellin, president of the real estate development company started by her late husband, Ira Yellin, is spearheading the project and has hired consultants Joseph Shuldiner, who founded the Institute of Domestic Technology and Altadena Farmers Market, and Kevin West of Saving the Season. BCV, part of the design collaboration behind the Ferry Building Marketplace in San Francisco, is the architect, and Rick Moses is the developer.

The city saw a similar aritsan-focused project with the Crafted Port of Los Angeles, which has admittedly not done as well as anticipated and is only open from Friday through Sunday.

West and Shuldiner hope to have the deep cleaning and placement of new vendors completed by this coming fall.

The Times also says there will be space for food crafters to make their products.

In Grand Central Market's 12,000-square-foot basement, Shuldiner says he plans a "foodcrafting space" to be called the Basement at Grand Central Market, where potential beer brewers, charcuterie makers, cheesemongers and wine purveyors could set up shop and take advantage of an additional 16,000 square feet of walk-ins. At the center would be an exhibition kitchen for classes, tastings, studio shoots and private dinners.

We just hope they don't take away the fabulous exotic eats, like the pig heart, ear or tongue taco at Las Moreliannas, or the multitude of dried chiles that we use to make mole. 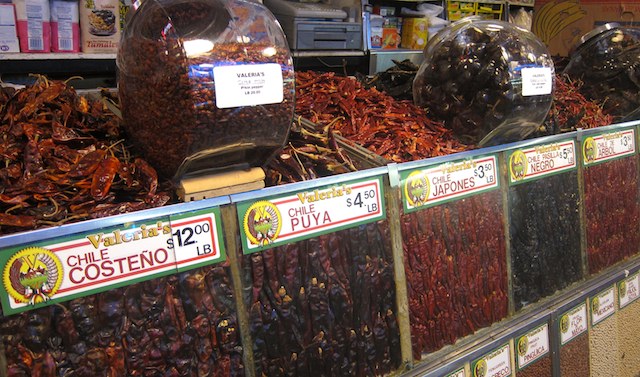