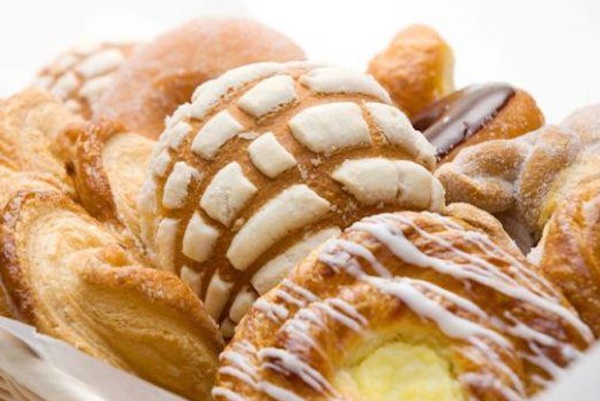 The weekend is so close you can practically taste it. Here are the edible events going on in the next few days to keep you occupied — and sated, for that matter.

The Secret Fork: Stuff your holiday stockings with items from the Secret Fork, a members-only pop-up marketplace that provides a space where local chefs, artisanal food crafters, and urban farmers can mingle and sell their wares to the local community. They'll be hosting their holiday edition in Highland Park this Sunday, where you'll find everything from smoked olives to elegant fruit pates. The location will only be disclosed to members via email. You can request a membership, which costs $5, here.

Las Posadas: During the Christmas season, one of L.A.'s most historic neighborhoods, Olvera Street, hosts the Mexican tradition of Las Posadas. For nine nights leading up to Christmas, Las Posadas recreates the procession of Mary and Joseph from inn to inn asking for shelter. Starting tomorrow and going through December 24, volunteers dressed for the parts are followed by children, adults and animals, stopping at each merchant shop to exchange a singing story of asking for refuge and being rejected. The procession ends with hot cocoa and pan dulce for everyone. Children's piñata breaking starts at 6 p.m., with the procession beginning at 7:30 pm. The event is free to the public. You can find out more information here.

Soup Nazi tasting with Jason Alexander: Seinfeld's infamous "Soup Nazi" episode is coming to a Pavillions near you — in Burbank, in fact. Alexander will be on hand for Al Yeganeh's launch for his product, The Original SoupMan. Yaganeh is actually the owner of the deli which the episode was based on. "Many people don't know our famous 'soup kitchen' episode on Seinfeld was inspired by an actual soup restaurant off 8th Avenue in New York," Alexander said in a press release. "The soup recipes created by Al Yeganeh are considered by me and thousands of New Yorkers as some of the best soups in the world...I'm hoping everyone will come to enjoy the soup so many have been lining up for years to get. And don't worry, nothing can go wrong. 'Cause this time - well, it's soup for everybody." You can check it out for yourself at 3 p.m. on Saturday here.

And of course, don't forget these two events that we wrote about earlier in the week:
Pop-Up Potato Chip Shop Will Feature Chips From Around the World