Judge Mocks Birther Suing For Obama's College Records: "Evidence Is Not Stuff Printed From The Internet" 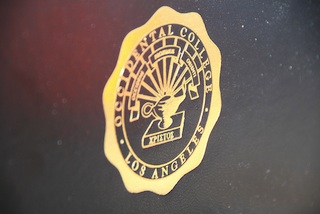 Photo by jasonbache via the Creative Commons on Flickr
A birther seeking to get a hold of President Barack Obama's college records from his brief time at Occidental College was basically laughed out of court.

Rancho Santa Margarita attorney Orly Taitz filed a lawsuit trying to get Occidental College to turn over Obama's records—including his college application—from the two years that he spent at the Southern California liberal arts college. Taitz isn't concerned so much about Obama's grades as she is intent on finding documents proving the president is a foreign citizen who isn't fit to serve.

Taitz presented her case that Occidental College should forgo privacy laws and release the president's records, but The Occidental Weekly reports that Judge Charles Marginis was not impressed by her case. He told Taitz, "You should know that evidence is not stuff printed from the internet."

He dismissed the case with prejudice and ordered her to pay $4,000 in sanctions to Occidental College for bringing the suit. General Counsel Carl Botterud told the student newspaper that he was 99 percent sure that they suit would get thrown out but he let Taitz know that he planned to show up in court just in case.

Taitz responded with an e-mail, saying, "Your opposition will constitute Obstruction of Justice, Aiding and Abetting in the elections fraud in forgery and treason in allowing a foreign citizen to usurp the U.S. Presidency with an aid of forged IDs and usurp the civil rights of the U.S. citizens. At any rate your opposition and your attempt of intimidation and your allegiance or lack of allegiance to the United States of America is duly noted. Just make sure not to forget to bring with you Mr. Obama's application, registration, and financial aid application."

Attorney Jay Ritt, who was brought on to Occidental's legal team, said on a podcast later: "I would like to take credit for a spectacular job preparing papers and going down to the Orange County Superior Court and arguing this case and getting sanctions, but I honestly believe a rhesus monkey could have beaten Ms. Taitz and got a sanction award based on the awful lack of merit to the subpoena itself."

This particular twist on birther claims has been around since at least 2009 when a fake AP article made the rounds claiming that Obama's financial aid records at Occidental proved that he had applied as a foreign student from Indonesia.