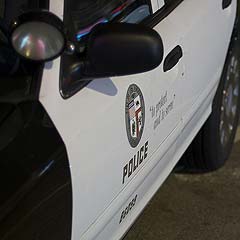 Photo: stevelyon/Flickr
An Echo Park man is filing suit against the LAPD, claiming that they beat and arrested him for no reason as he walked down the street towards his home.

KTLA reports that the incident allegedly went down on October 20 of last year, and that the alleged victim, 41-year-old Bruce Faraon, has a video of the reported attack that was shot by his mother.

He claims that police grabbed him by the waistband and brought him to the ground based on nothing more than him having a surprised look on his face. They then reportedly put him in a choke hold, with two officers sitting on top of him. He was then taken into custody for five days on charges of resisting arrest.

The charges were later dropped.

Faraon's lawyers say there was absolutely no grounds for arresting him.