Singer Tift Merritt On a Lifetime of Making Music, What's On Her Mixtape, and Her Favorite Spot In L.A. 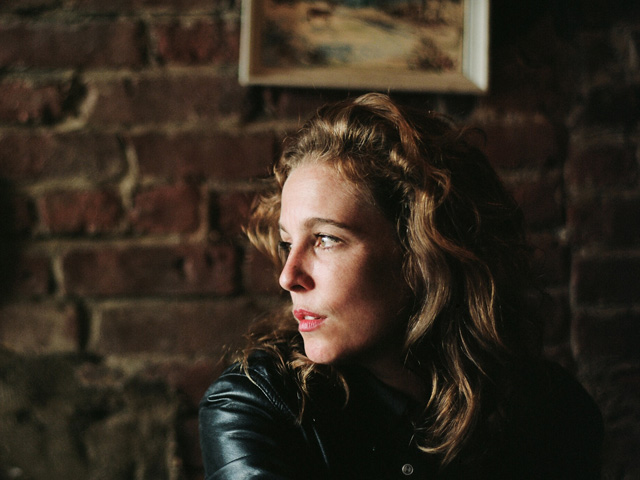 Tift Merritt's fifth studio album, Traveling Alone, proves that she's a musician at the top of her game. Whether revealing the certainty in subtlety, or the question in a foregone conclusion, Merritt's music is arresting in the best possible way.

In spite of the album's title, Merritt—who grew up in North Carolina and lives in New York—didn't go it alone, and she recruited musicians such as Andrew Bird and Eric Heywood to lend their talents to these tracks. The result is a record as deserving of a Grammy nomination as it is repeated listens.

Tonight, she and her band will perform at The Mint in Los Angeles, followed by a show Saturday evening at McCabe's Guitar Shop. LAist spoke with her last week to learn more.

LAist: I love the approach you took with not wanting to do overdubs. Did you have any happy accidents or surprises that came about during those eight days of recording?

Tift Merritt: I think everything was a happy accident and a surprise! Some of us had played about half of the songs together, so we had some notion that it was going to work, but I think anytime something stands up and walks on its own, the way that this did, it's a lovely feeling.

No matter how you make a record, that feeling of not knowing how it's going to turn out is at once something that's very exciting and something that keeps you awake at night.

The first time you and Andrew Bird performed together, it was "by accident." How did that happen?

We were on a show called Cabinet of Wonders hosted by my friend John Wesley Harding. It was just one of those evenings where there was a lot of cross-pollination, so Andrew recruited a couple people to sing backup, and when we sang together…I mean, his voice is so exquisite that I thought, "We need to do more of this!"

This album seems to have a thread of hope that runs throughout it, and I was fascinated by the words you chose to use in "Drifted Apart," your duet with Andrew. Although "drifted" is in the title, you also use "drifting" in the lyrics, as if it's not all past tense. How intentional are you about including those subtle details in your lyrics?

I think it's very important. One of the things I was really trying to think about when I wrote this record was this moment of pure feeling rather than resolve. Once you make a decision or once something is final, that's a certain kind of song, but it often lacks the openness and uncertainty and big-heartedness of those moments when you don't know what you're doing. And maybe that's a little more honest than the moments where you're thinking, "I know exactly what happened and I know exactly what I'm doing."

You've often likened music to writing and the editing process. How do you know when a song is done?

I think you just know. And I think that if you don't know, then it's probably not that good of a song. 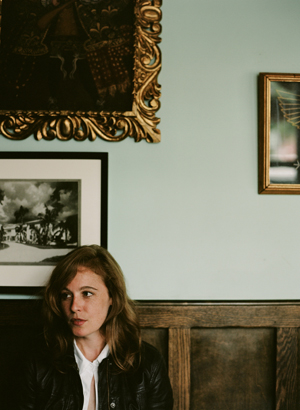 Tift Merritt / Photo by Parker Fitzgerald
You've been surrounded by music since you were very young, and you've talked about how your dad used to sing and play for you when you were a young girl. Is it true he recently joined you on stage during a concert?

He did! We had a really good time and we try to not overdo the father/daughter thing, but we're very close and the band and I love it when he joins us on the road.

In spite of your busy schedule, you speak with artists from all sorts of different disciplines for your monthly interview program, The Spark. How have those interviews impacted your own art?

They've given me courage. I think that sometimes when you make a mistake as an artist—or even just as a human being—it can feel like it's somehow only happening to you.

In meeting all of these very unique people who carve out these very unique lives, I've seen that there's a very concrete, common set of problems that they face, and it makes me less afraid of myself, if that makes any sense.

What are one or two interviews that have stuck with you long after your chat?

Gosh, there have been a lot of them. One is a painter I met named Anna Schuleit. She's my age and a very open person, and somehow it was almost like meeting a better version of myself. We talked about the courage that is required to make a handmade, human mark on life or on another person, and how that's such an admirable risk. That was a very meaningful moment for me.

I also talked to this sculptor named Patrick Doughtery, who talked about the forces we all encounter in our work that we have no control over—the shadow selves, this larger sense of human experience that we are able to tap into with things like our work, compassion, love. I think that's a really important idea: that your life is capable of an incredible depth of feeling.

Speaking of various forms of art, given your hectic touring schedule, do you still get a chance to pursue photography?

If you could see me right now, you would know the answer to that question. (laughs) I don't have a lot of quiet on my hands right now, but I think that the lack of quiet now is a call for later quiet.

I find that a camera is a very calming, soothing way to re-enter creativity. So while I don't have one on me now, I do sense one down the road.

Do you prefer shooting digital or do you use film? Have you ever experimented with Lomography?

I never shoot digital, and I do have a Holga.

Traveling Alone has also been released on vinyl. What's your favorite thing about that format?

I think that my work is not made to be easily consumed and thrown away, so for me, vinyl is a way to appreciate something that's been carefully hewn.

Turning now to cassettes, "Mixtape" is one of my favorite songs from your last album. If you were to make an actual mixtape today, what's something you'd put on it?

Somebody just recently introduced me to this musician, Washington Phillips. He was sort of a blues gospel singer from Texas, and I'm obsessed with his music now, so I'd definitely put him on there.

As you look back across the 10 years since you released your first album, what's one piece of advice you would give to an up-and-coming musician?

When it comes to advice, I think people want me to show them the secret door, and the secret is, there's no secret door. Or maybe there is for some people, but for me, I think when you start out, you just have to love music. That is the whole thing. The reward is the doing, because music is pretty darn rewarding. The rest of it is incidental.

You have some pretty great guitars. Which is your favorite?

Choosing between your instruments is really a harsh thing. I think you fixate on different ones. I like 1960s Gibsons and I have a B-25 that's really beat up. That's my workhorse guitar. Then I have a little B-25 three-quarter parlor guitar that's high-strung, and I used it to write most of this record, so I love that one. But I actually just got a Hummingbird, so I think I might have a new favorite.

What's something you're looking forward to as you come to Los Angeles?

When you play somewhere like McCabe's, is it almost like coming home since you're surrounded by guitars?

It's nice to be somewhere that has a vibe that's my ilk. But I'm hoping I'm not distracted by any other guitars, because I just bought this one and I'm not allowed any new guitars for a while!

Thanks for speaking with LAist, Tift!

Catch Tift Merritt at The Mint tonight and McCabe's on Saturday night.