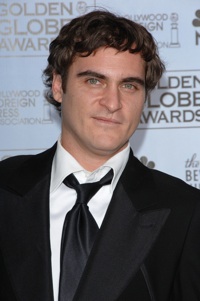 Joaquin Phoenix (Featureflash / Shutterstock.com)
Joaquin Phoenix has never been one to bite his tongue, and recently, the actor let fly with some serious words about his feelings towards Oscar campaigning. In an interview with Elvis Mitchell for Interview magazine, Phoenix unleashed the following bon mots:

"I think it's bullshit. I think it's total, utter bullshit, and I don't want to be a part of it."

Phoneix, who was been nominated for an Academy Award for his portrayal of Johnny Cash in 2005's "Walk the Line," went on to say that he likely wouldn't participate in the awards circuit if asked to this year for his recently released film, "The Master:"


I don't want to be a part of it. I don't believe in it. It's a carrot, but it's the worst-tasting carrot I've ever tasted in my whole life. I don't want this carrot. It's totally subjective. Pitting people against each other . . . It's the stupidest thing in the whole world. It was one of the most uncomfortable periods of my life when Walk the Line was going through all the awards stuff and all that. I never want to have that experience again.