Sage of the Stage Ben Vereen On 'Steppin' Out,' Empowering Youth, and Stephen Hawking 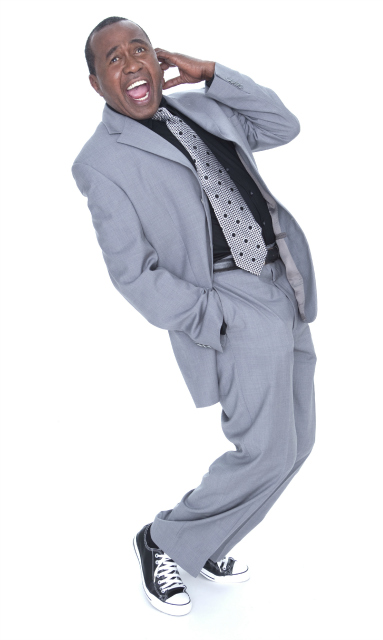 Ben Vereen (photo courtesy of the artist).
You might fondly remember Ben Vereen from your childhood as the utterly magnetic leopard Mayor Ben in Zoobilee Zoo, his silkily-sung cameos on The Muppet Show, or even from his role as Will's biological father on The Fresh Prince of Bel-Air. But now that we are all grown up (right?) we can appreciate Vereen as the resonant performance icon that he is.

Vereen is a masterful singer, actor, dancer; and in short, a legend own right. He has graced the silver and small screens more times than we can recount here, but those of us in the theatre community know that he is at his best and brightest when he is live on stage where his enthusiasm and multi-dimensional voice can fill the room, entice the ears, and warm the heart. Vereen has earned tons of awards not only for his performances, but for his humanitarian work as well including Tony Awards, NAACP Image Awards, and a Golden Globe, among others.

LAist spoke to Vereen about uniting the theatre community, empowering young creatives, inspiration, and about his upcoming show, Stepping Out with Ben Vereen at Santa Monica's Broad Stage.

LAist:Your 66th birthday just passed. Happy birthday! How did you celebrate? What did you wish for when you blew out your birthday candles?

Ben Vereen: Thank you. I did a show last night, so I celebrated on stage. My wish is always the same - my birthday wish is for prosperity for everyone and world peace — with a cherry on top.

You are bringing your show Stepping Out with Ben Vereen to the Broad Stage in Santa Monica on October 19. Please tell us about your show! What can we expect to see at Stepping Out?

It is a precursor to a bigger retrospective show that I am working on. It is a reflection of all of the people that I know (and have known) in my life. It is a retrospective, but it is more than that for me. I want to say thank-you to everyone that I have worked with, everyone that has influenced me, and everyone that I have known. It is a personal thank-you to everyone. The next show, the one that is evolving from this one will be more in-depth and evolved. I don't have a concrete title yet, but the working title for that show is Last of the Showmen.

You have a huge body of work that spans everything from children's television to film to Tony-winning Broadway performances. What are some of your favorite roles?

Employment is my favorite role! (Laughs) I love what I do and I am blessed to do what I do. I feel blessed when I look forward to doing more television, stage, Broadway plays, documentaries, and doing workshops for performers. I just want to be as active as possible and give back as much as I can! If you have the opportunity to creatively express yourself it is a blessing.

This year marks the 20 year anniversary of your 1992 car accident, which occurred in Malibu. Can you speak a bit about the how it feels to have come so far after literally staring death in the face?

I am here today and I want to thank the doctors, physical therapists, nurses, and everyone for their prayers. I am here because of something greater than myself. It is about spirituality. Spirituality propelled me to stand here today. I was just a conduit to receive all of those healing blessings, as is anybody that falls to adversity in their life. My part in the whole scenario is that I recognized that possibility is possible, and I believed in the possible. I sometimes just step back and say WOW I survived, but I know I am just another little string in the tapestry of life. There are many, many stories out in the universe — mine is just one of those stories, one little thread among many.

Is being back in Los Angeles around the 20th anniversary of the accident difficult for you?

No, not at all. Actually, the anniversary is June 9 of 1992. But, no, of course not! I actually celebrate June 9. It is like I have been given another chance, another birthday. I have two birthdays! 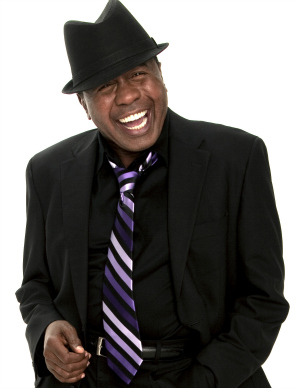 In Los Angeles, if often seems as though African-American performers are under-represented on our dramatic and theatrical stages. Can you speak a bit about why you think that is and what you think the theatre community can do to remedy this?

When shows don't work out, it is never just a failure on the part of the production team, it is also a reflection of the larger theatre community as a whole. And this is not just in Los Angeles, this is true across the county. I have found that often it is not that the African American community does want to support our artists, but they often don't feel invited, they don't feel welcomed by the theatre community. When I did Pippin on Broadway, it did so well because the African American community supported it! And in that way, we can equalize the playing field. Let's support each other. Let's create that united front so that this question never has to be presented or answered again. If we support each other, we can create equality across the board. We really need to eliminate the need to ask this question.

What do you like to do when you are in Los Angeles?

I like to go to the theatre. I love the Mark Taper. And I like to go to jazz clubs like The Baked Potato. I love to visit my friends here and see what is happening in their studios. The arts express themselves so beautifully in Los Angeles. I am on the road a lot, but call me for a job in Los Angeles, and I'll run over!

What advice would the present day Ben Vereen give to the just younger Ben Vereen?

The now Ben Vereen is knowing. He has years of experience and growing and seeing and doing. But if I could go back in time and give the young Ben Vereen my experiences, the young Ben Vereen never would have had the opportunity to experience his own journey, to own his own life. After all, isn't that what we call individual expression? We have to have that. Of course, if I knew now what I knew then, I would have done a few things differently, but you have to remember, life is a constant school. You are always learning as you grow. Life presents us all with a choice: you can gain experience or you can wallow in self-pity. I always choose to get up and move on so I can learn from the next experience.

What inspires you to continue to create art and perform?

When I wake up every morning, I see the day as another chance to get it right. I am still above ground and I don't want to get the dirt thrown on me just yet. I want to always evolve. I just never stop moving!

Who are your biggest artistic influences?

How can I pick just one? There are so many people that have touched my life, both living and those that have passed on to a greater place.

Well, OK — one of my heroes is Stephen Hawking. He is a huge inspiration to me. If the universe can work through that wonderful man to do the work that he does, which is to explain cosmology, our universe, and ultimately ourselves to us, to the world, well, how can complain about a few aches and pains? Nothing keeps Stephen Hawking down!

You are very philanthropic.

The internet says so. So, what issues are you focusing on now?

Oh well, in that case, youth — empowering youth, empowering tomorrow's leaders, giving young people the tools to be creative, empowered beings. My goal with my youth empowerment program, Path to Excellence Through the Arts is all about empowering youth to move past their circumstances to a greater field of existence. They can move past their circumstances if they are empowered to look beyond their social and economic limitations. Dreams can become a reality. Young people have to not only keep their eyes on the prize, but they have to define what their own prize is. Youth have power. They must choose actions that empower them, not hold them back or block their greatness.

Not even a little?

All I have to say is that whoever we put in office, well, uh, I just hope they have the sense to save Big Bird!

Yes, please come out to the show and then enjoy whatever, and wherever you are in life. Just make life good. Be that which you seek to be. Be excellence. And thank-you.

Stepping Out with Ben Vereen is playing for one night only on October 19 at the Broad Stage in Santa Monica. Tickets are $50 to $115 and are available online.