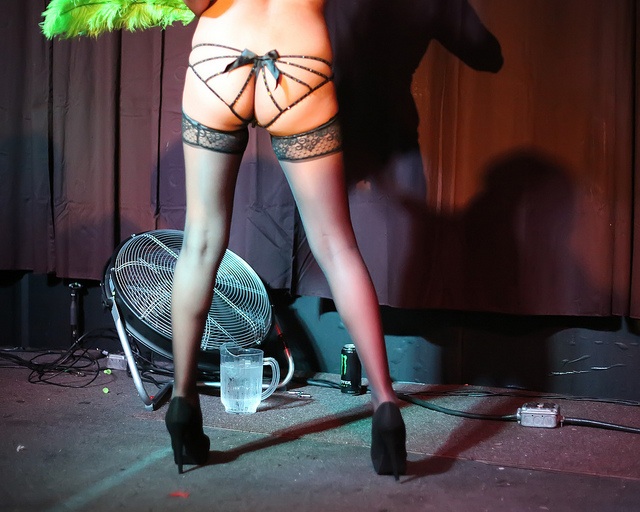 Next month marks the return of Los Angeles' most literal ladies' night — Sunday Night Sex Talks takes place at Bar Lubitsch in Hollywood and allows only female comedians and female audience members, so that performers can tell stories about boning down in what no doubt feels like a big, old-school slumber party.

The idea was conceived of by writer/producer Jessie Rosen, and in the past has featured readings by Cindy Chupack (Sex & The City scribe), Alison Becker (Parks & Recreation), Michelle Buteau (Vh1 Best Week Ever) and Jillian Lauren (Best-selling Author, Pretty).

The show is one hour long and features four ten-minute stories. Rosen said she came up with the idea as a way to get women to feel more at ease opening up while reading sensitive material.

"When it comes to telling these kinds of stories, it's always a little uncomfortable, and I felt that friends and I were holding back," she said. "It's also a way to try out material, share stories, connect with the audience and create a community among female storytellers."

Rosen said that Saturday Night Sex Talks has developed a loyal following. The line-up for this month's event, which is scheduled for October 7th at 8:30 p.m., is still coming together, but so far Jennifer Hall from NBC's "Up All Night" and comedian Cameron Esposito are confirmed.