Get Out: Dudamel and Domingo, Vegan Cookbook Book-Signing & A Baseball Documentary 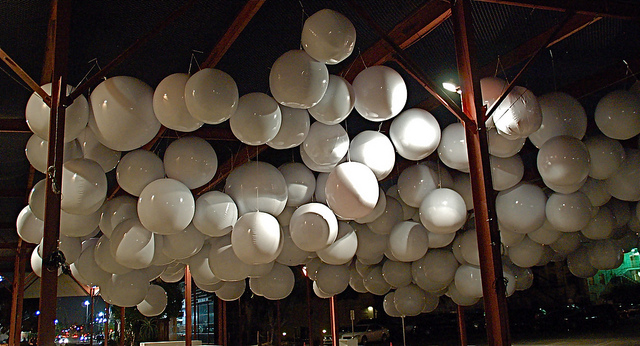 Photo by joiseyboyy via the LAist Featured Photos pool

OPERA: Anytime critics starts hand out royal titles for musical artists (like Michael Jackson's "King of Pop"), people pay attention. But for the "King of Opera," world renowned tenor Placido Domingo, the attention is probably better directed to his sonorous pipes and the fact that he's performed in every major opera house in the world. Tonight at 7:30 p.m., he will be performing with Gustavo Dudamel and the Los Angeles Philharmonic for the first time in concert together at the Hollywood Bowl. For tickets, visit the Hollywood Bowl's website.

BOOK SIGNING: It sounds like the start of a weird joke. "So a vegan recipe book author holds a book-signing in a butcher shop..." But there's no real punchline, just an interesting meshing of culinary practices. Tonight from 6 to 8 p.m., the local, organic and sustainability-minded L.A. butcher shop Lindy & Grundy will be hosting a book-signing for Joseph Shuldiner's "Pure Vegan: Beautiful Meals and Clean Living." The event is free and includes complimentary snacks and cocktails. To attend, RSVP at rsvp@purevegancookbook.com.

PUNK ROCK BBQ: An odd but tantalizing combination. The Facebook event page for today's Punk Rock BBQ at Liquid Kitty pretty much says it all "FREE ADMISSION! SIX BANDS! CHEAP BOOZE! FREE HOT DOGS!" Starting at 1 p.m., bands like the underrated punk outfit The Alley Cats will energize and electrify the stage. Just make sure you roll out of bed in time.

BASEBALL: Jon Leonoudakis's documentary, "Not Exactly Cooperstown" premieres today at 2 p.m. at the Pasadena Central Library. The documentary profiles The Baseball Reliquary, a nonprofit, anti-establishment group dedicated to baseball (that isn't affiliated with Major League Baseball). "This isn’t your father’s baseball documentary," says Leonoudakis. "My film is a bold stew of Americana, folklore, sex, religion, scandal, fandom, poetry, sport, and art." The film is free, but get to the library early to get a seat. You can find parking at the underground University of Phoenix parking structure at Garfield Avenue and Corson Street. For more information about the documentary, visit its website.