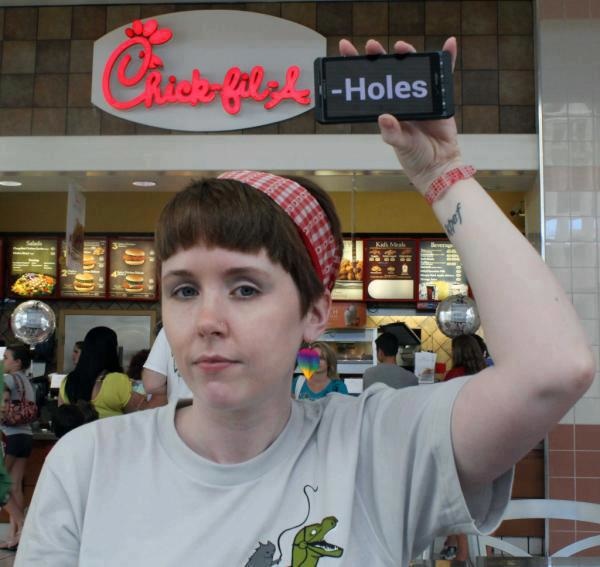 There's been quite a bit of squacking over Chick-Fil-A and their anti-gay practices as of late, particularly when Mike Huckabee declared today "National Chick-Fil-A Appreciation Day."

All the hullabaloo started, of course, over the statements of the company's president and CEO Dan Cathy, whose outwardly anti-gay sentiments have incensed many. Tens of thousands of conservatives have taken to the chain today to show their support of their conservative, evangelical Christian ideals. Those in opposition of Cathy and Huckabee have staged demonstrations and have recommended the consumers boycott the chain altogether. But for fast food-obsessed America, that could be tough.

Thankfully, there are two options for fried chicken fiends: Firstly, famed West Hollywood gay bar the Abbey will be offering a Chick-For-Gay sandwich, made with seasoned breaded boneless chicken breast served on a toasted buttered bun with pickles. All of net proceeds from the sale of the sandwich will go to the American Foundation for Equal Rights and their federal court challenge in support of marriage equality. The WeHo establishment will serve the sammy thru the November elections, and says it will happily share the recipe with other pro-LGBT businesses that want to support marriage equality through its sale. 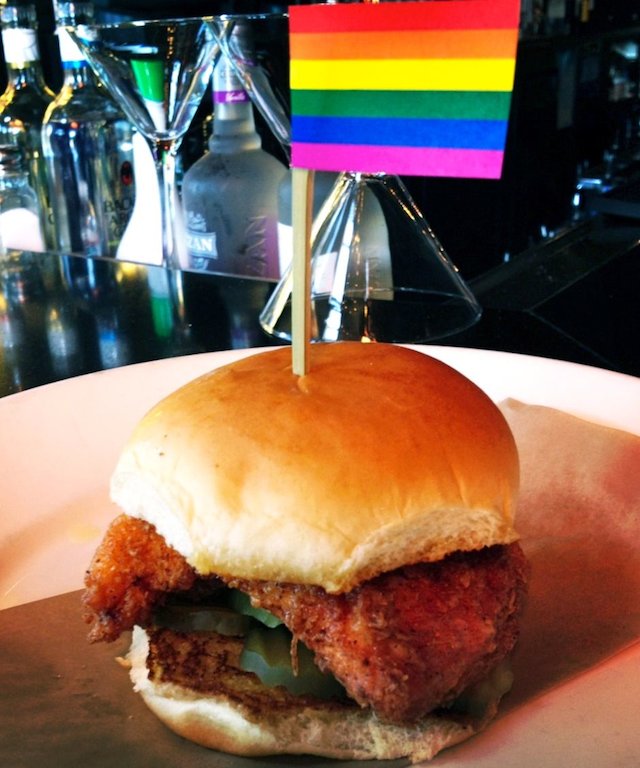 The Chick-For-Gay (Photo courtesy The Abbey)

Between this and Serious Eats cracking the code on how to make your own fried chicken sandwich a la Chick-Fil-A, you needn't have to step foot in the establishment again. Unless you're trying to make a statement, that is.