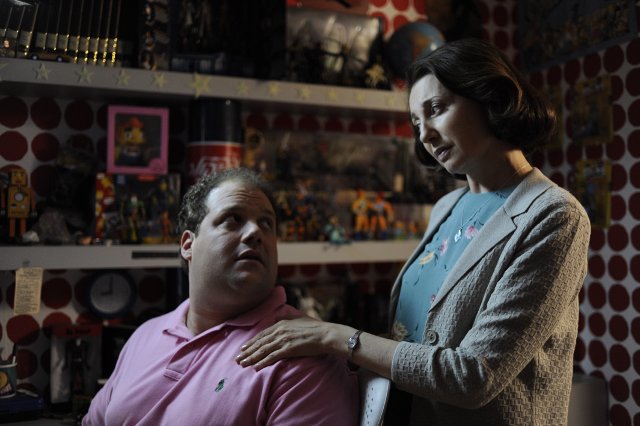 The most enjoyable 3D movie I've seen to date is Step Up 3D. Where many movies bend over backwards to force "enhanced dimensional action," the dance flick has a natural flow of kinetic energy that works perfectly within the format (its bright colors, ridiculous set designs and save the rec center dance club storyline were just icing on the cake). Franchise fourquel Step Up Revolution keeps it in step with the 3D presentation and creative team. Director Scott Speer previously worked with Step Up 3D director Jon M. Chu on the web series The LXD: The Legion of Extraordinary Dancers, so the performance footage should remain as engrossing as its predecessor. The plot moves the action to Miami, where a young upstart falls in with a competitive flash mob team. But to be honest, if you're looking for a plot, you're missing the point.

A visual, kinetic energy also flows through Convento, albeit in a much less conventional form. The documentary, playing exclusively at the Downtown Independent, profiles the creation of Christiaan Zwanikken's android assemblage at an abandoned monastery in Southern Portugal. Melding rudimentary robotics, scraps of nature (warning for the squeamish: there's a lot of taxidermy and animal bones) with innovation, interaction and outlandish performance. Make it a freaky Friday with director Jarred Alterman and guest host Eric Wareheim at the 7:30 & 9 o'clock screenings.

The world of Todd Solondz (Welcome to the Dollhouse) is equally strange, populated by the bitter, the naive, the sick and strangely sweet. His latest, Dark Horse (opening exclusively at the Nuart), is another uncomfortable, unflinching comedy. Jordan Gelber (Everyday People) stars as Abe, a 30-something who must reconcile his father's (who's also his boss) success, his brother's success and his life collecting toys under his parents' roof and thumb. He does so with a whirlwind proposal to Miranda (Selma Blair), another inmate in arrested development. That can't end well. Christopher Walken and Mia Farrow play Abe's parents, while Justin Bartha (The Hangover) is his brother. Solondz and Bartha will appear in person for tonight's 7:30 and 9:45 screenings. Solondz flies solo on Saturday night.