Weekend Movie Guide 07/20: The Queen of Versailles, Death of a Samurai (and Batman, Too) 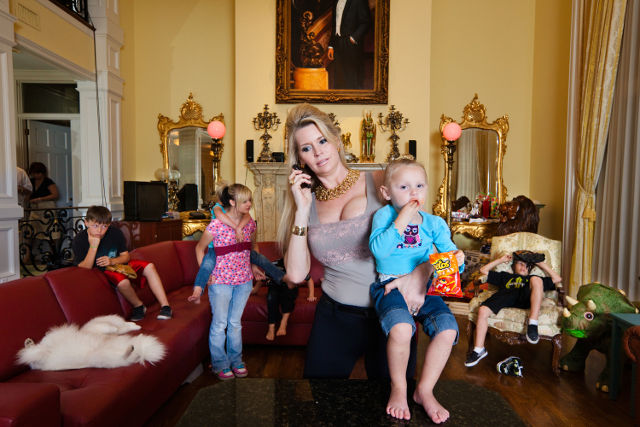 Ed. note: While we have offered extensive coverage of the tragic shooting that took place inside a Colorado movie theater showing of "The Dark Knight Rises," we know that the film will screen uninterrupted in Los Angeles, and that local authorities are assuring Angelenos the violence in Aurora was "an isolated incident."

Following up one of the biggest box-office successes of all time would be the bane of any filmmaking team. For The Dark Knight Rises, Christopher Nolan & company respond to the pressure with a Bane of their own. The hulking, masked terrorist (famous in the comics for breaking Batman's back - no idea if that's in store here) is new to Gotham, but the man playing him, Tom Hardy is already planted in the brains of Inception fans. Joseph Gordon-Levitt's another "new" face from the Nolanverse, but the most curious addition remains Anne Hathaway as Selina Kyle, better known as Catwoman. Then again, considering how bad the Cat's last burglary was bungled, she can only rise from here.

Some readers may have already caught a midnight showing of The Dark Knight Rises. It's important to remind you that not all billionaires are tortured ninja crime-fighters. Some are just tortured, as in the schadenfreudian epic The Queen of Versailles, opening at The Landmark. The documentary charts the "bigger they are..." tale of David & Jackie Siegel, a time-share mogul with more than God, and his wife building a mansion bigger than the White House (90,000 square feet, folks!). Then that whole economic crisis thing rears its thorough-bred head & tears their bubble to shreds. Director Lauren Greenfield will appear in person at The Landmark's 7:20PM & 10PM screenings tonight & tomorrow.

Hara-Kiri: Death of a Samurai is another take on feudalism & economic crisis from ridiculously prolific, unpredictably eclectic filmmaker Takashi Miike (13 Assassins). The first 3D film to premiere at Cannes, the trailer for this jidaigeki (Japanese period drama) shows a bit of swordplay, but LA Times reviewer Mark Olsen found Hara-Kiri to be "more character-derived than action-oriented", with "a formal, elegant restraint". That's a far cry from the mind-bending, physically-tortuous violence Miike made his name with, but the one consistency in his filmography is defiance of genre & expectation. Hara-Kiri: Death of a Samurai plays exclusively in 3D at the Downtown Independent & in 2D on-demand from Tribeca Film.

That's all for this week. Don't forget to check out our weekly Film Calendar for something truly off the batten path.