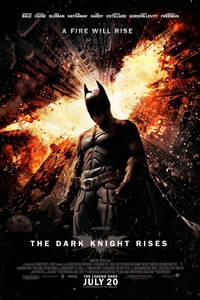 Representatives of both the Los Angeles Police Department and the Los Angeles County Sheriff's Department have remarked Friday that the deadly shooting overnight inside at Colorado movie theatre showing "The Dark Knight Rises" was an "isolated incident," and that they would continue to ensure Angelenos were safe at the movies.

LAPD Cmdr. Andy Smith said his fellow commanders would be taking part in a conference call today to discuss the shooting, and plan for an appropriate security response for a similar situation in Los Angeles, according to City News Service.

The LASD issued a statement this morning indicating their personnel would be on alert:

"While the tragedy in Aurora, Colorado appears to be an isolated incident, our vigilance has been raised," said Captain Mike Parker, Sheriff's Headquarters Bureau. "The heightened alert of the Los Angeles County Sheriff's Department includes increased patrols to create a more visible presence at movie theaters and other places where people congregate."

"As always, we encourage the public: 'If You See Something, Say Something.' The greatest deterrant to crime is often a phone call to law enforcement by a person who sees something that just doesn't look right."

"Our thoughts and prayers go to the many victims, families, friends, and first responders affected by this senseless crime."

It's expected that most local movie theatres will go on with plans to show the movie, and host special events in some cases, though the mood may be somewhat toned down in the wake of the massacre. However, Warner Bros. is opting to pull the trailer for "Gangster Squad," from the showings, because events depicted in the film are similar to what happened in Aurora, Colorado.

From the L.A. Times:

One of the film's signature scenes is set at Grauman's Chinese Theater in Hollywood, when mobsters go backstage and open fire through the screen at the audience. Automatic gunfire rips through the screen as horrified filmgoers rush for the exits and the cops try to stop the mayhem.

The studio has not discussed publicly if they will modify the film itself—due out September 7—in light of last night's shooting. You can watch the trailer here.