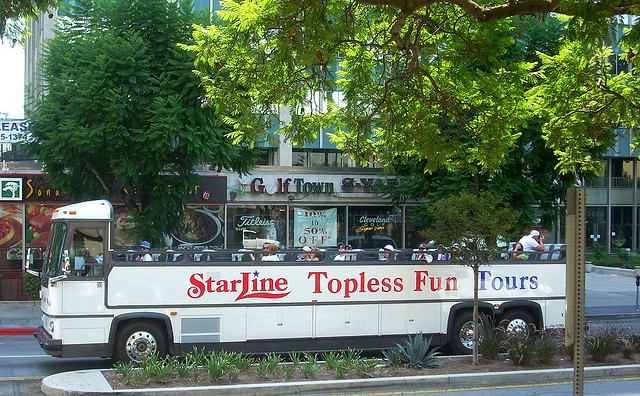 In response to a federal lawsuit filed against Starline Tours of Hollywood, Inc., "the oldest and largest sightseeing tour company in Los Angeles," has agreed to make changes to how they do business in order to properly accommodate celeb-hound tourists with disabilities who take their tours.

In a consent decree filed Monday, Starline says they will make all new vehicles in their fleet accessible to riders in wheelchairs, according to a release issued by the Department of Justice. Starline will also make sure they have enough wheelchair-accessible vehicles in their fleet "to ensure a level of service for individuals who use wheelchairs that is equivalent to the level of service provided to individuals without disabilities."

To further comply with the Americans with Disabilities Act (ADA), Starline says they are providing mandatory training to employees on how to be in line with the law.

The suit, alleging the tour company was in violation of the ADA, was initiated by a would-be Starline passenger who uses a wheelchair and could not be accommodated during a 2011 visit to L.A.

The consent decree, which must be approve by the court, does not however indicate that Starline is liable or in "violation of the ADA or any other law,” according to the legal paperwork filed togday. “Rather, this consent decree is voluntarily entered into by the parties for the purpose of resolving disputed issues and improving Starline’s best practices and customer service.”